TUNACRAB
OK this is a two part question, as there are two strange noises that are coming out of my van.

There is a very loud metal-on-metal clank that I hear whenever I am backing up and apply the brakes with any kind of force. After this happens, it will happen again the next time I hit the brakes in drive. It sounds like there is quite a bit of tension being released, less like metal actually hitting metal. This has always happened since I bought the van. It has gotten progressively louder. Also, I am now beginning to hear the same sound when going over bumps and potholes. What is about to fall off my van? The pitman arm, idler arm, and lower ball joints were recently replaced, so I doubt these. Also, I remember the mechanic saying the tie rods won't need attention anytime soon, so I doubt these as well.

The second:
This has something to do with the shifter. This only happens when the van is in drive. It sounds like squeaking, much like birds chirping, slightly lower in pitch. It is rhythmic, fast, and repeating. There is a "sweet spot" in drive where this noise is not made, but it always shakes itself back to being noisy. This started, very faintly, about a year ago. In the last month it has gotten much worse / louder. Also, the sweet spot got smaller. What could be causing this? I have no idea about this one. The transmission has always worked, so I ignored it in the past.

How bad off am I?

-James
SPONSORED LINKS
Do you
have the same problem?
Yes
No

On the Clank does it sound like it is coming from the front or the back?

Now the squeaking - It could be the U-Joints in the drive shaft are going bad.

.
Was this
answer
helpful?
Yes
No

The clank is coming from the front passenger side.

I also neglected to say the squealing problem only happens at idling speeds. It stops when I push the gas. Also, a little more clarification on the sweet spot. I am speaking of a spot on the actual shifter. If I pop it in to neutral, reverse, or a lower gear, it doesn't make the sound. It only happens in drive. When in drive, slightly touching the shifter arm up or down affects the sound, one spot being the sweet spot that makes no noise.
SPONSORED LINKS
Was this
answer
helpful?
Yes
No

The Clank could be the Sway Bar Link is worn and bushings are gone or the Control Arm Bushing. You would need to crawl under it and take a look.

The sqeaking - could be the Torque Converter or possibly the Flywheel - but the slight movement of the shifter affecting the noise gets me.

.
Was this
answer
helpful?
Yes
No

TUNACRAB
OK I figured out the clank. The lower control arm is held in to the frame by two U-bolts that go around the shaft. One of the bolts cracked. The part was discontinued so I ended up searching junkyards for another G20 van. Luckily I found one today. My mechanic is installing it now.

As for the chirping / squeaking noise, would anyone find it helpful if I were to make a recording of it and post it online?

Thanks,
-James
Was this
answer
helpful?
Yes
No

OBXAUTOMEDIC
Yes, it could help in diagnosis.

.
SPONSORED LINKS
Was this
answer
helpful?
Yes
No

Noises Problem 1983 Chevy Van 6 Cyl Two Wheel Drive Automatic 50k Miles I've Only Owned The Van For A Month Or So, And Everything Was...
Asked by galyna1 ·
2 ANSWERS
1983
CHEVROLET VAN

Im Hearing A Clicking From Under Car Wen Im Pressing...

Identifying A Fuse On A Chevy Van

Fuse For The Ecm-1 Had Stared Blowing Out Even From Small Bumps On The Ground And For Sure Train Track While Van Is In Motion Any Reasons As...
Asked by sooner-bk ·
2 ANSWERS
1997
CHEVROLET VAN
VIEW MORE 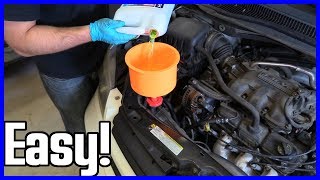