How to replace the ECM (PCM)

How do I replace the ECM? I am not even sure where it is. What do I replace it with? I have seen where I can buy reprogrammed ECM's. But I have also been told I have to have it programmed after install. Thanks in advance.
SPONSORED LINKS
Do you
have the same problem?
Yes
No

RACEFAN966
It is not to hard to do. First disconnect the battery positive cable first (and when putting battery cables back on put positive back on last). Now find the PCM it is on the intake plenum front part on the left (drivers) side of the engine. Now remove the bolts that hold the wiring harness on to it and unplug them then loosen the four bolts that hold the computer onto the intake and remove it. Replace in reverse order. Now you may need take the truck to the dealer to be programmed to you truck. I have seen used ones work as well.

Here is a picture of the computer and one of how it is mounted on the intake:

How it is attached 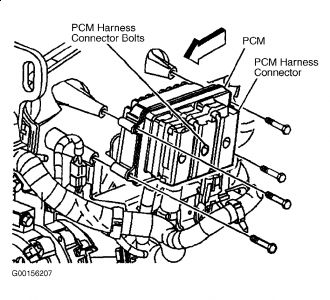 Please let us know what happens.
SPONSORED LINKS
Was this
answer
helpful?
Yes
No
+16

CHABUNGA
The "service engine soon" light has been coming on and one time we had a light come on that said something about reduced engine performance. I went to Autozone and they ran a scan when the "service engine soon" light was on. The code was P0601. They said the ECM needed to be replaced. They are telling me if I supply VIN number, year, make, model, engine size, OEM number of ECM I will receive correct flash computer. Flash technology unit pre-programmed at the factory.
Was this
answer
helpful?
Yes
No
+13

RACEFAN966
This has to do with PCM memory. What is recommended before replacing it is to have it cleared and see if the code comes back. If it does then replacement is needed. With all the proper information year make model VIN number then yes you can get a reprogrammed PCM. I have seen a bad battery cause this as well.
Was this
answer
helpful?
Yes
No
+13

CHEVYGIP
I bought a used computer for this vehicle. What has to be done to get on and running?
Does it need to be reprogrammed?
Was this
answer
helpful?
Yes
No
+7

RANDY B
You are right in the middle of when they went to that nonsense of preventing you from buying an inexpensive used computer. Regardless of whether it has to be programmed to your truck, it is going to have to be installed, so you might as well try it. If the truck will still run with the old computer, you might want to install the replacement in the dealer's parking lot. They do not do anything for free but at least if it does need to be programmed by them, you will not need a tow truck.
SPONSORED LINKS
Was this
answer
helpful?
Yes
No
+4

I have been trying to install a bypass module in my vehicle so I can install my new remote start. The module requires me to dial in the correct resistance value from the pass wire off ignition switch. With my digital ohm meter I am getting an alternating resistance variable every time I turn the key to crank. My question is how can I get a specific variable that will stop me from tripping my security and leaving me stranded for ten minutes? Or should I buy an auto learn bypass module? Will the alternating resistance be hard for even an auto learn bypass to zero in on? I found that hooking up the remote start not as hard as I have heard, just the bypass that has me stumped. Thanks a heap for your input! JD
Was this
answer
helpful?
Yes
No
+2

JDCALDWELL
Thanks for your input. I have an auto learn bypass in route. Hope that does the trick. Bulldogsecurity. Com also has a complete accurate wiring diagram for any vehicle for future information.
JD
Was this
answer
helpful?
Yes
No
+1

WRENCHER1
Are you asking how to? This is something that needs to be done by the dealer because it has to be programmed after it is installed before it will run.
Was this
answer
helpful?
Yes
No
+2

JZAL1987
My wife was driving home from work yesterday and said the truck was running very rough. While she was stopped at an intersection, it stalled out. She figured it was because she was low on fuel so she stopped and put about eight gallons in. The fuel gauge did not move at all and she noticed that the oil pressure gauge was pegged out over 80 psi. She was able to drive it to me at work and I gave her my car. After work, I tried to start the truck and it did not even attempt to turn over. Slight click heard from the starter, gauges lit up, engine light came on. I turned the key back to the accessories position and could hear an eerie noise from what seemed like behind the radio. I tried to start it again and the same thing happened. When I tried to remove the key from the ignition, it would not release or turn all the way to the off position. Also tried to shift gears with no luck either. I disconnected the battery and the truck is just sitting right now. I am pretty sure that it is an issue with the ECM, BCM, or Car Gods forbid, both! Any insight or suggestions would be much appreciated since these are both very expensive parts and the timing on this could not be any worse(my wife is eight months pregnant with our first child). I did just replace the transmission oil cooler lines on this wonderful vehicle no more than two weeks ago. Changed the oil at the same time and all fluids were added to vehicle specs as well as checked periodically for about a week after. Thanks in advance!
Was this
answer
helpful?
Yes
No
+1

TY ANDERSON
It sound like you may have an issue with your charging system. Try jump starting the vehicle and see how everything works (rough running, oil pressure). Low voltage can cause electronics to behave erratic. Check the battery terminals for any corrosion and that the clamps are tight on the battery. You should not be able to move the camps by hand. Try this and get back to me. TY
Was this
answer
helpful?
Yes
No
+2

JZAL1987
I will try that tomorrow morning and let you know how it goes. Thank you for that extremely fast response!
SPONSORED LINKS
Was this
answer
helpful?
Yes
No

TY ANDERSON
Sounds good let me know
Was this
answer
helpful?
Yes
No

JZAL1987
It turned out being the alternator. It went haywire and fried the battery and took out about 10 fuses. Luckily the batter was still covered under the warranty by 3 months! Replaced the alternator, battery, and bad fuses and it is running great. Thanks for the help!
Was this
answer
helpful?
Yes
No
+1

TY ANDERSON
Good to hear! Nothing too serious.
Was this
answer
helpful?
Yes
No
+2

Fuse For The Pcm

I Have A 02 Trailblazer, And I Am Trying To Scan My Truck For Dtc And There Is No Connection With The Scan Tool And My Truck. So My...
Asked by bolo1975 ·
6 ANSWERS
2002
CHEVROLET TRAILBLAZER

How Much Does It Cost To Have Ecm Reprogrammed?
Asked by Trenady Hays-Dryden ·
1 ANSWER
2002
CHEVROLET TRAILBLAZER

I Recently Replaced The Engine In My 2002 Chevy...

I Recently Replaced The Engine In My 2002 Chevy Trailblazer. The Vehicle Will Now Start And Sounds Smooth But Will Not Go Into Gear. When I...
Asked by caneersgf ·
1 ANSWER
2002
CHEVROLET TRAILBLAZER

Service Engine Soon Light On. Scan At Autozone Was P0601 Which They Said Means Need A New Ecm. They Will Sell Me A Pre-programmed Unit If...
Asked by chabunga ·
1 ANSWER
2002
CHEVROLET TRAILBLAZER
VIEW MORE 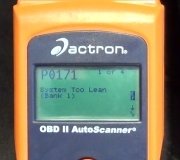 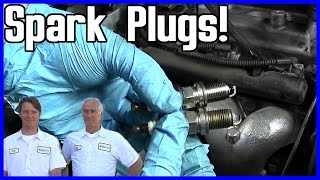 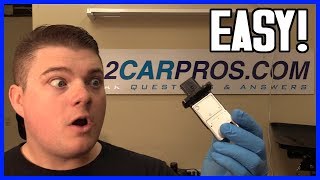