How do I turn on the Traction Control system

PETE01
I was making a left hand turn and all of a sudden my rear end kicked out to the right and I did a nice little fishtail. The road conditions were damp, but not drenched and I did not accelerate fast or turn the wheel sharp, I was driving normal. My TCS does not have a light, it either says off or says nothing. Now, here is where I'm confused, I was told that when TCS is activated it illuminates as saying off, and when it's not lit up saying off, then it's not engaged. I have been told that and vice versa though. So, what should it say if it's engaged and active.

Thanks,
Pete
SPONSORED LINKS
Do you
have the same problem?
Yes
No

CARADIODOC
When the light is off, the system is working. It has nothing to do with fishtailing though. All it does is activate a brake for the wheel that's spinning faster than the other one when you try to accelerate. It can't overcome other conditions. Traction control systems are an additional feature added on to the anti-lock brake system.
SPONSORED LINKS
Was this
answer
helpful?
Yes
No

Engine Mechanical Problem 1987 Ford Mustang Manual Does This Model Have A Reset Button For The Fuel Pump That Needs Resetting After...
Asked by cartman2470 ·
1 ANSWER
1987
FORD MUSTANG

Enter A Question Or Subject And Click Search -where...

I Just Bought This Car And Got A Really Great Deal, But With The Mileage And All It's Giving Me A Little Trouble. Whenever I Go To...
Asked by chelsered01 ·
2 ANSWERS
2002
FORD MUSTANG
VIEW MORE 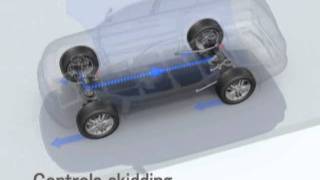