GABE34
I have pulled codes with my code scanner, it was reading my throttle position sensor. I replaced the throttle body. I have tested my MAP sensor it tested good. I have cleared the codes, but as I pull out the check engine light comes back on and reduced engine power shows back up. Could you point me in any other direction to troubleshoot? Could it be in my ECM? Thanks
SPONSORED LINKS
Do you
have the same problem?
Yes
No

HMAC300
This happens when the throttle pedal sensor goes out causing the throttle body to lose correlation which puts the car in limp mode. You will not always have a code for this problem because the failure is too intermittent. Below is the location of the sensor.

GABE34
Thanks for the tip. When I pulled the sensor I found moisture in the connector so I got a used pedal and sensor installed it the problem is fixed! Thanks I love this site.
Was this
answer
helpful?
Yes
No
+1

HMAC300
Nice work, we are here to help. Please use 2CarPros anytime.

Cheers
Was this
answer
helpful?
Yes
No

TREVORCOX
Recently I was driving on the highway and after about thirty minutes, the coolant temperature light came on, and then five minutes after I noticed reduced power and the car would not accelerate. I pulled over to the side and turned the car off and it would not start again. It cranks but just whines and nothing.
I was late for an oil change and just going into the city to get one. The car was also low on coolant and oil I noticed when I pulled over, I tried re filling and nothing, and when I opened the hood there was quite a bit of smoke and could smell a burning smell. I am thinking possible head gasket? Any help would be greatly appreciated!
Was this
answer
helpful?
Yes
No
+1

HOMER1967
Yes, it does sound like you may have blown a head gasket. I would suggest that you have someone do a leak down test on the vehicle to confirm or deny the head gasket issue. Do no keep cranking it, you could do more damage.
SPONSORED LINKS
Was this
answer
helpful?
Yes
No

TREVORCOX
Great thanks. I will get that done tomorrow. I am going to try and get it done myself with a mechanic friend to hopefully save money. I wanted to make sure it is a head gasket before I buy the parts.
Was this
answer
helpful?
Yes
No

EFIZER
After we changed the oil and oil filter the car engine light came on and the display said engine power reduced. Do you know why this might be happening?
Was this
answer
helpful?
Yes
No

SATURNTECH9
Get your code's read at a auto part's store like AutoZone and let me know what the code number's are we have to start there.

Or if you would like to conduct the scan yourself here is a link to an article from this site that features written step by step instructions and pictures explaining how to do the scan yourself. Also, I have included a link to our YouTube channel with a how to video on code scanning.

This is applicable even if your check engine light is not on.

Most scanners are inexpensive to purchase, you can purchase one online from sites like Amazon.com

Once you have the codes please get back to us with the code number(s) so that we can further assist you. We are always happy to help.

Engine Mechanical Problem Automatic 63,300 Miles While Driving After 20 Minutes The Check Engine Light Will Come On And It Will Read...
Asked by klk023 ·
16 ANSWERS
2 IMAGES
2007
CHEVROLET COBALT 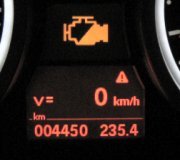 Ii Have A Check Engine Light On And I Hooked Up My Scanner To Read The Error Code. The Problem Is The Scanner Does Not Power Up So I Checked...
Asked by franmosso ·
8 ANSWERS
11 IMAGES
2006
CHEVROLET COBALT

I Have Been Experiencing Issues With The Onboard Computer. While Driving, The Power Steering Goes Out, Followed By The Transmission...
Asked by phanson1979 ·
3 ANSWERS
2006
CHEVROLET COBALT

When You "trip" A Code With Diagnostic Equipment, Is It The Same As What The Garage Does When They "reprogram The Computer" In Your Car?
Asked by Ronald L ·
1 ANSWER
2006
CHEVROLET COBALT
VIEW MORE 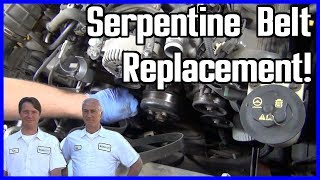 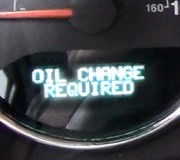