OLDSARGE69
I just inherited my father's car. Had to drive to North Carolina to pick up from my brother, and on drive back to Atlanta it drove and handled beautifully. When I picked up car, it only had 76,777 miles! Only problem was that twice I had to hit my brakes pretty hard due to traffic and the low oil pressure light came on for a few seconds. Not talking about tire squalling hard, but still a lot harder than normal. Since I have been back, I also had low oil pressure light come on twice more, but only when I had been at stop light for three or four minutes, idling with transmission in gear. As soon as I gave it gas, light went off. Took it to a national chain store and they said it could be caused by any of several problems, including main bearings going out, faulty oil pressure switch, or since my brother just had oil changed two weeks before I picked it up, cheap oil, or wrong oil. Tag left on windshield indicated they used 5W30, but didn't indicate brand. They replaced oil pressure switch, flushed engine and replaced oil, and also added “Lucas” additive, then said that I needed to use “Lucas” additive from now on when I changed oil. Mechanic tried for 10 minutes to get oil pressure light to come back on, but it did not, however, the mechanic also said he used to work for Chevy dealer as mechanic and that the 3.4 V6 was very unreliable and had history of problems. He also said he thought he heard knock coming from bottom of engine, and thought main bearings were going out. Now I am very worried about driving it. Low oil pressure light has not come back on, and neither my wife nor I hear any knocking noise. Does any of this make sense, and should I be worried about driving the Impala? Since it is so much larger and more comfortable than either my 2006 Suzuki Aerio or my wife's 2010 Hyundai Accent she wants us to use it to drive to Florida for vacation in July.
SPONSORED LINKS
Do you
have the same problem?
Yes
No

JACOBANDNICKOLAS
The engine in your car is a good one. The only issues they had were with intake gaskets leaking. As far as the light, most likely it was low on oil or the switch wiring was loose or corroded. If the light isn't coming on, there is no knock, and it is running good, drive it. You could tap an aftermarket oil pressure gauge in at the existing sender to verify good pressure temporarily just to ease your mind. As far as the Lucas treatment, it's not needed.

KERSTIN
For a couple of months now we get a message of oil pressure low stop engine on average of once a week or so. We always pull over as soon as possible, turn off the engine and the message goes away. Usually this happens about ten to fifteen minutes after starting the car. Normally the message only comes on for a second and then turns off, but this morning it stayed on four to five seconds.
Was this
answer
helpful?
Yes
No

RHALL77
The obvious is to check the engine oil level. If that is okay please change the oil and install a new filter. Here is a guide to help you:

If once that is done the warning comes back I would do a manually oil pressure check on the engine and if okay replace the oil pressure sender.

BEANY
I had this problem but one I changed the oil the warning never came back.
Was this
answer
helpful?
Yes
No

BYTEME1979
On occasion my car alerts me that my oil pressure is low and need to stop engine. After doing so I move the car to a level spot. I check my oil level is fine. New oil change no leaks. Help?
SPONSORED LINKS
Was this
answer
helpful?
Yes
No

CARADIODOC
At the mileage you listed it's more likely the oil pressure sending unit is defective. If you're going to tackle this yourself, replace it to see if that solves the problem. If a professional looks at it, he will install a mechanical oil pressure gauge to be sure the pressure is okay, then he will replace the sending unit if that's what the diagnosis indicates.
Was this
answer
helpful?
Yes
No
+1 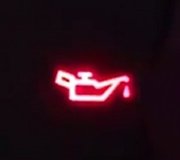 What Kind Of Oil Do I Use For The Engine?
Asked by wendy10 ·
5 ANSWERS
2010
CHEVROLET IMPALA

I Went Into A Service Station To Get An Oil Change Because My Car Flashed The "low Oil Pressure" Light. When I Pulled Into The Service...
Asked by lemonhed ·
1 ANSWER
2003
CHEVROLET IMPALA
VIEW MORE