FUKDAT
How do you fold down the back seat in a 2000 chevy silverado extended cab
Do you
have the same problem?
Yes
No

There is a small level at the side of the seat near the lower cushion. Here is a diagram of the front seat but the rear is just like it. Check out the diagram below There is a lever at the lower cushion level just behind the seat back. Please let us know if you need anything else to get the problem fixed.

(please leave a comment in the vote tool below of why this does not work?)
Images (Click to enlarge)

WALTERSV
I seen someone had an answer for this they said they had a tech bulletin and the parts to ask for at the dealer, can I get a copy of that email?
Was this
answer
helpful?
Yes
No

This bulletin is being revised to clarify the type of seat involved and revise the Parts and Warranty information. Please discard Corporate Bulletin Number 00-08-50-014 (Section 08 - Body and Accessories).

Some customers may comment that the driver's power bucket seatback moves forward about 25 to 38 mm (1 to 1-1/2 in) during moderate to heavy braking.

Parts are expected to be available October 10, 2001 from GMSPO.

For vehicles repaired under warranty, use the table. 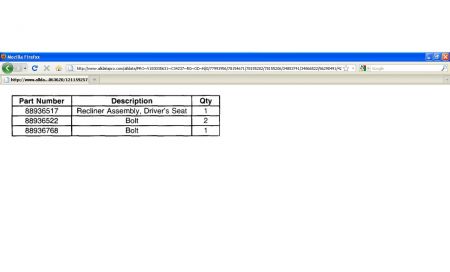 First of all thank you very much for your donation.Is this the Bulletin you were looking for?
Was this
answer
helpful?
Yes
No
-1

WALTERSV
Drivers seat slides back and fourth. I seen someone had an answer for this they said they had a tech bulletin and the parts to ask for at the dealer, can I get a copy of that email? In my caes the bottom of the seat is whats moving back and fourth.
Was this
answer
helpful?
Yes
No

Some customers may comment on unwanted seat movement in the front power bucket seat (driver or passenger) during fast acceleration or hard braking. A metal to metal clicking noise is often heard at seat "stops."

The threads of the two zinc nut retainers (one on each side of the seat adjuster) may creep over time, causing a loss of self-rolling screw clamp load and ultimately causes relative rail and vehicle seat motion.

Apply adhesive and install new bolts in seat mounting rails using the following procedure.
1. Remove the front seat and invert onto a flat surface covered with a clean, non-scratch material (soft cloth or similar). Refer to the applicable Seats sub-section in SI. Adjust so that the seat mounting rails are at 45 degrees.

2. Remove the upper M8 mounting bolt from one rail and discard. Leave the other bolt intact as this will hold the track in place while working. Wipe the bolt hole area with a clean rag.

Important: Only use the adhesive provided in the repair kit. Do not substitute with other adhesives.

3. Take one of the adhesive sachets and carefully cut the flag tip off the notched end spout in line with the notch.

Important: If the bolt thread strips or the proper torque cannot be achieved, then the entire seat adjuster mechanism must be replaced.

6. Remove the second M8 mounting bolt from the rail and discard.

7. Repeat steps 2 through 5 for the second bolt.

8. Repeat steps 2 through 6 for the opposite mounting rail.

9. Before installing the seat into the vehicle, verify that the seat will function correctly and does not make any unusual noises during forward and rearward travel motion.

10. Install the seat. Refer to the applicable Seats sub-section of SI.

11. While sitting in the seat, verify seat function and listen for any unusual noises. 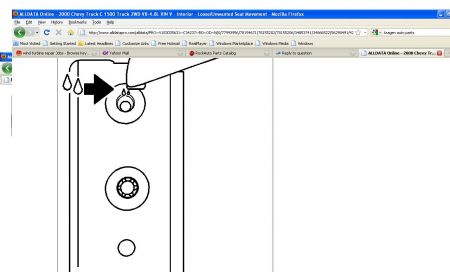 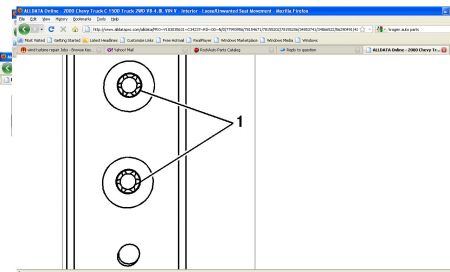 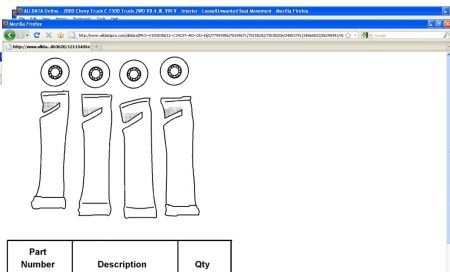 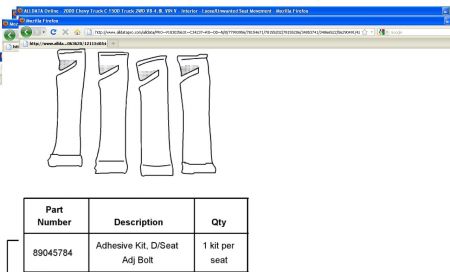 The one i just posted as well as the other one i posted are both for the seat moving and are the only one's i have seen for the seat moving.Give me the link to that question you saw with the bulletin and i will ask them what bulletin was emailed and get it for you as well.
SPONSORED LINKS
Was this
answer
helpful?
Yes
No

WALTERSV
I understand, but thats not my issue my whole seat slides forward when you come to a stop and slides back when you take off about a 1/4 " either way. If you have the seat all the way forward or all the way back it does not slide. All functions of the seat work.
Was this
answer
helpful?
Yes
No

SATURNTECH9
The second bulletin refers to the seat bolt's coming loose which doesn't sound like your seat. Those are the only two bulletin's I see for seat movement. If you can help me find that post where you say that bulletin was mentioned I can find out which bulletin they were talking about. It could be one of the one's I already posted but we won't know until I find it to find out. Otherwise my best advice is that you will have to pull the seat and see what's loose. It could just be a worn seat track. Was it in the chevy truck section you saw it?Was it a older post?Please help me help you.
Was this
answer
helpful?
Yes
No

WALTERSV
I wanted to say thank you and that I fixed the problem. Once again thank you.
Was this
answer
helpful?
Yes
No

SATURNTECH9
Your welcome that's what were here for. Thank you for using 2carpros.
Was this
answer
helpful?
Yes
No

My Truck Use To Keep Playing The Radio And Allow The Power Windows To Operate With The Ignition Off Until A Door Was Opened. It No Longer...
Asked by mldtchdog ·
1 ANSWER
2000
CHEVROLET SILVERADO

I Know The First Thing On Your Mind Is Rotor Cap And Wires But It's Been Done Plugs, Fuel Injectors, Fuel Filter, Cat. Convertor, Tps, Have...
Asked by phalynx69 ·
2 ANSWERS
2000
CHEVROLET SILVERADO

I Push On The Gas And The Rpm Goes To About 2 Or So And Then Falls To Under 1 And Almost Stalls, And When I Push The Gas Pedal Fast I Hear A...
Asked by narky ·
2 ANSWERS
2000
CHEVROLET SILVERADO

The Truck Starts And Idles For 10 Seconds, Then Chugs And Dies. If I Hit The Gas Pedal While Its Idling, It Dies Automaticly. For A Few...
Asked by adam wright ·
1 ANSWER
2000
CHEVROLET SILVERADO

If I Pusn The Buttons To Turn On Either Of My Headliner Reading Lights, Or The Cargo Light, My Cargo Light Indicator Says The Cargo Light...
Asked by dnelson ·
3 ANSWERS
2000
CHEVROLET SILVERADO
VIEW MORE