Been blowing one 60a fuse over and over

GEBO
My 1999 dodge dakota sport v6 has been blowing one 60a fuse over and over but now the truck wont even start or even make a noise when I trun the key. Can you help me find out what is wrong with it
SPONSORED LINKS
Do you
have the same problem?
Yes
No

GEBO
All the lights work still it just wont start
SPONSORED LINKS
Was this
answer
helpful?
Yes
No

CARADIODOC
What was that fuse for? There's a diagram pasted under the fuse box cover.
Was this
answer
helpful?
Yes
No

GEBO
It's for the ignition
Was this
answer
helpful?
Yes
No

CARADIODOC
I show two ignition fuses and both are 40 amp. I've never seen a 60 amp fuse and none are shown for a '99.

I DO show four large fuses in one row and six in one row next to that first row. Describe for me which fuse is blowing. Is it the one at the end of the row of four, closest to the bolted-in fuse, or is it the second one away?

What I'm not doing a good job of saying is if you put the new fuse in first, THEN turn on the ignition switch, the automatic shutdown (ASD) relay is going to turn on for one second, then turn back off until you crank the engine. If you wait for that one second, then put the fuse in while the relay is off, and the fuse doesn't blow, we'll know the problem is on that circuit.

You can also remove the ASD relay, then see if the fuse blows. If it never does, the short is on that line. First look at the wiring for the four oxygen sensors. If the harness fell down onto hot exhaust parts and melted, the heater wire could be grounding out. That is fed from the ASD relay. If that looks okay, have a 12 volt light bulb and a pair of small jumper wires handy for the next test.
Was this
answer
helpful?
Yes
No

GEBO
The 2nd one
SPONSORED LINKS
Was this
answer
helpful?
Yes
No

CARADIODOC
Rather than popping lots of fuses, remove that one, fuse 9, and connect a pair of jumper wires to the terminals in the fuse box. I think you can clip right onto them. If not, install a pair of crimp-type terminals that you can connect the jumper wires to. Connect the other end of the wires to a 12 volt bulb. Since this is such a high-current circuit, a head light bulb is the best choice but a brake light bulb might work too.

When the bulb is full brightness, the circuit is powered up and the short is present. The idea now is to see what makes the bulb bright and what you can do to make it go out or dim. Unplug the starter relay if the bulb only gets bright during cranking attempts.

If the bulb gets bright only when the ignition switch is turned to "run", one at a time unplug fuses 2, 3, 7, 18, and circuit breaker 20 inside the truck. I doubt you're going to get that far because a short on any of those lines should blow those smaller fuses, not a bigger one under the hood. The only exception is a short before the wires get to those fuses, meaning a grounded wire in the steering column going to the ignition switch.
Was this
answer
helpful?
Yes
No

GEBO
Thanks you so much for helping try to fix my truck but it turns out the clutch was rubbing against some of the wires from the starter, I got that fix and now it's running great thanks again for taking your time to help me and my truck
Was this
answer
helpful?
Yes
No

CARADIODOC
All right. One in a row! Happy to read it's solved.
Was this
answer
helpful?
Yes
No

I Have Noticed The Fuses Are Called Circuit Breakers. Can A Burnt Out Fuse Cause Current Not To Flow To Any Parts Of Motor? What Do I Need...
Asked by Brokeneggs ·
9 ANSWERS
1987
DODGE DAKOTA

Is It Just A Fuse

My Gas Gauge Went Down To E, My Oil Gauge Went Up To H, The Temperature Gauge Keeps Moving From The Middle To H, And I Know The Starter...
Asked by Iortiz16 ·
1 ANSWER
2 IMAGES
1993
DODGE DAKOTA

I Have A Fuse That Keeps Blowing Every Time I Turn My Headlights On. When The Fuse Blows, I Have No Dash Lights, No Running Lights On The...
Asked by vixen61 ·
1 ANSWER
1994
DODGE DAKOTA 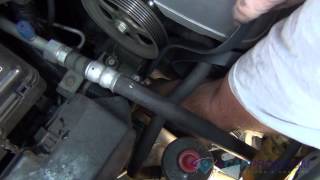 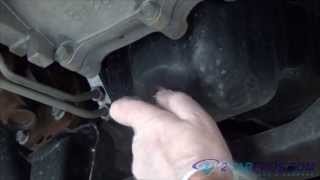