DSMDDN11
Today my battery light came on, I took it to get checked out and it was the alternator that was failing. I risked the drive home without getting the repair(will get the alternator replaced Tuesday). While on the freeway the brake light and ABS lights came on. What/why would those come on?
SPONSORED LINKS
Do you
have the same problem?
Yes
No

A LOT OF TIMES GAUGES START GOING CRAZY TOO, AS THE NON-CHARGED BATTERY STARTS DEPLETING

YOU GONNA DO THE REPAIR YOURSELF?

DSMDDN11
I'm going to do the repair myself.
That would explain why some of my gauges have been going crazy.
Was this
answer
helpful?
Yes
No

CARADIODOC
Depending on how the diagnostic tests were done there's more than just saying it's a bad generator. Before you stick a new one on and have the same problem, measure the voltages on the two test points on the back. If you find 0 volts on both, you have a blown fuse. If you find full battery voltage on one and 0 volts on the other, replace the brush assembly. That can usually be done without removing the generator from the engine. I'm pretty sure you have to buy a new voltage regulator to get the brush assembly that's attached to it.

If you find full battery voltage on one test point and less, but not 0 volts on the other one, that part of the circuit is working. In that case measure the voltage at the output terminal with the engine off and with it running. That will tell us where to go next.
Was this
answer
helpful?
Yes
No

CJ MEDEVAC
GO LOOK AT THIS....I TRY TO HELP, EVERY WHICH WAY I CAN

SEE MY 7th AND 8th ANSWERS IN THIS POST

LET ME KNOW IF YOU'RE GONNA BUY MY LUNCH NOW!

THE MEDIC
Was this
answer
helpful?
Yes
No

Could this be caused by a simple loose cable? I only ask because that happened once 4 years ago. I was never told what cable so I couldn't check this time.
SPONSORED LINKS
Was this
answer
helpful?
Yes
No

CARADIODOC
13.5 volts is a fuzz too low unless the battery was run down, and that's what 12.2 volts indicates. Low engine speed will aggravate that. Part of the test procedure involves raising engine speed to 2000 rpm during the load test. However, 13.5 volts proves the generator was working. Ideally the voltage should be between 13.75 and 14.75 volts but that quarter volt isn't the cause of a problem.

There's a number of ways a generator can fail, and given the warning light turned on, yet the 13.5 volts says it was charging while it was being tested, but dropping to 12.3 volts suggests it can't keep up with demand. That's the result of one defective diode of the six. That will reduce its maximum output to exactly one third of its rated output current. Replacing diodes isn't easy or cost-effective, especially if the generator is under warranty. All of your observations suggest simply replacing it will be the end of the story.
Was this
answer
helpful?
Yes
No

DSMDDN11
Thank you guys for the answers, in the end I did just replace the alternator and problem solved. When I took it to replace it, they tested it first to make sure it didn't work, and as it turns out it was completely dead. Had a bit of trouble getting it out because the repair manual said there were 3 screws to remove it, there were only 2. Putting it in was a piece of cake. But again, thank you guys. I got another question up if you guys want to help. Noise related this time.
Was this
answer
helpful?
Yes
No

If I Leave My Car Running For A While It Gets All Boggy And Sounds Like It's Gunna Stall But It Hasnt So Far Cause I Always Turn It Off. One...
Asked by kgrizz34 ·
1 ANSWER
1996
FORD CONTOUR 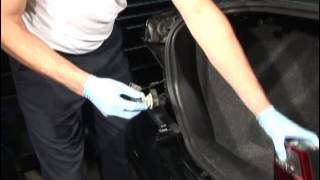 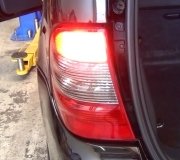 GUIDE
Brake Light Repair
We are a team of ASE certified mechanics that have created this guide to show you why your brake lights are not working and what you can do to fix them. This guide covers a...

Car Turns Over, Won't Start. Have Fuel And Spark. It Would Sputter And Almost Die, But Keep Running, But Now It Sputtered And Died And Won't...
Asked by Destroyer1376 ·
3 ANSWERS
1999
FORD CONTOUR

What Could It Be 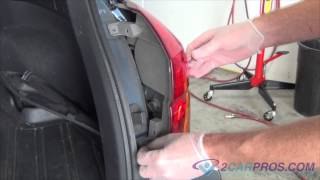 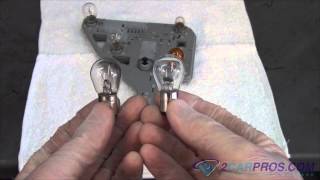 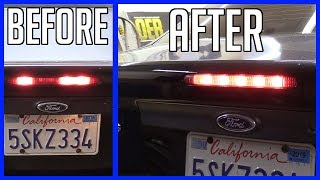