What would indicate thermostat and housing are bad

FHCAPTAIN
My check engine light came on (solid yellow). I take it to a dealership and they contact me to tell me that my spark plugs need to be replaced in addition to my thermostat and the thermostat housing. Total estimate $1,000.00. I get the plugs, they misfire causing poor engine performance thus the subsequent light, but the thermostat? I had no fluid leakage and no prior indicator lights of engine overheating. So how would the tech know that it's bad?
SPONSORED LINKS
Do you
have the same problem?
Yes
No

CARADIODOC
You need to find a different shop. Unless there's additional parts or services you didn't mention that were included in that estimate, it is way too high.

At the mileage you listed, the spark plugs should have been replaced some time ago as a part of standard maintenance. The next problem is we need to know the exact diagnostic fault code number(s). Without that, there is no way to know why the Check Engine light turned on or the problem that was detected.

As for the thermostat itself, the most common symptom is caused by it sticking open. You will observe cool or just barely-warm air coming out of the heater. A related issue is when there is a diagnostic fault code set for "Engine running cold too long". That code will set in real cold weather on every Chrysler product in northern climates, but that one does not turn on the Check Engine light. It is caused by allowing the cold engine to warm up before driving. It comes up to operating temperature too slowly. The code sets when the engine doesn't reach a certain temperature within six minutes of starting. It will self-erase after 50 engine starts once the issue is no longer detected. The problem is a lot of inexperienced mechanics incorrectly think the thermostat is causing this fault code.

The thermostat housing is only replaced if it has cracked or is corroded enough that the gasket won't seal properly. That is a common problem on some other brands.

Here's a video that shows what it takes to replace a thermostat on a 3.3L in a Caravan:

And here's one that shows replacing the spark plugs:

After watching those, you will have to determine if $1,000.00 is a good value for those services.
SPONSORED LINKS
Was this
answer
helpful?
Yes
No
+1

Sorry I couldn't get the code(s). As often as I had it serviced at a dealership, it is surprising they didn't recommend the plug change. I would have.

As for the price, that was all of the info that was provided. I am following your advice and taking it elsewhere to get it taken care of.

As for the thermostat, I also had not noticed any change in air temp. I do live in the northern US and have remote engine start and frequently use it to assist more in ice/frost removal than warming up the engine. I questioned them about the thermostat and they stated it was stuck open. Still odd seeing as how I had no indicators of overheating.

Should I ask the new shop to verify the thermostat and housing or just trust that it's bad and fix it anyway? Adding more diagnostic costs to the tab might not be worth it.
Was this
answer
helpful?
Yes
No

CARADIODOC
You have that backward. When the thermostat sticks open, it does not cause overheating. It causes the coolant to not stay in the engine long enough to get hot. It flows too quickly to the radiator and heater core. The temperature of the coolant in the heater core is too low to provide hot air from the heater.

It is very uncommon for thermostats to stick closed. That is what would cause overheating. When we see that, it is almost always caused by a leaking cylinder head gasket. In fact, that has been a big problem since the early 1990's on all car brands. The combustion gases that sneak into the cooling system pool under the thermostat causing it to not open. Thermostats have to be hit with hot liquid to open. Hot air won't do it. It's important to understand the thermostat staying closed results in overheating, but the thermostat is not defective. It's the air from the leaking head gasket that has to be addressed.
Was this
answer
helpful?
Yes
No
+1

FHCAPTAIN
I just read your response. What I was told at the shop when I asked about this is was. It's cold outside. Trust me, if if we're 70 degrees outside, it would be boiling over by now.

Taking what you have just told me into account. With my engine running the water temperature is getting to almost the halfway mark, but never reaching that. It's about where I normally see it. I was paying very close attention to that on the way home from the shop.
SPONSORED LINKS
Was this
answer
helpful?
Yes
No

CARADIODOC
Forget the thermostat. The person who said that about 70 degrees is wrong. Nothing you have said up to this point suggests there is anything wrong with it. If the thermostat was stuck closed, as it appears he thinks it is, the engine would overheat regardless if it was 90 degrees or 30 below. The fact it is not overheating at any outside temperature proves beyond any doubt the coolant is flowing through the radiator, and that proves the thermostat has opened up as it was designed to do.

Last summer I had to replace the leaking radiator in my '94 Grand Voyager daily driver, and until I'm sure all leaks have been handled, I filled the system with mostly water, and just enough antifreeze to have a little of those additives it includes. Being the procrastinator I am, I forgot to add more antifreeze before winter. The first day it got down to below 0 degrees, the coolant turned to slush that restricted the flow through the radiator. The engine overheated exactly the same way one would if the thermostat hadn't opened. It was 0 degrees and the engine ran hot. Kind of shoots an arrow through your mechanic's theory that yours is not overheating only because it's cold outside. When an engine is overheating, it has no idea what the outside temperature is. It's overheating because the coolant isn't carrying the heat to the radiator.

To address the Check Engine light, Chrysler made reading the diagnostic fault codes yourself much easier than any other manufacturer. Cycle the ignition switch from "off" to "run" three times within five seconds, without cranking the engine, leave it in "run", then watch the code numbers appear in the odometer display. You can go here:

to see their definitions, or I can interpret them for you.

This method only works for diagnostic fault codes in the Engine Computer. For that, and all of the dozens of other computers on the vehicle, repair shops use scanners to read the fault codes. Those also show the definitions at the same time. Scanners are very expensive, so most repair shops do have a charge for using it on the vehicle, but is that worth $307.00? I have a Chrysler DRB3 scanner for all of my older vehicles. At $307.00, I would have had it paid for with just 20 cars and 20 over-charged customers. At the very nice family-owned Chrysler dealership I used to work at, they charged $50.00 for using their scanner if it was connected for more than just reading fault codes. Typically that charge applied to more-involved diagnostics that often took more than a few hours.

Be aware the people at most auto parts stores will also read fault codes for you that are in the Engine Computer. They usually use less-expensive code readers that only do a small fraction of what scanners can do, but they do that for you for free. You can't top that for value.

I should point out the people at the auto parts stores are there to sell parts. Diagnostic fault codes never ever say to replace a part or that one is bad on any car model. They only indicate the circuit or system that needs further diagnosis, or the unacceptable operating condition. When a part is referenced in a fault code, it is actually the cause of that code about half of the time. First we have to rule out wiring and connector terminal problems, and mechanical problems associated with that part before we spend your money on a replacement.
Was this
answer
helpful?
Yes
No
+1

The Heat Is Intermittent. Cold At Times, Then Will...

The Heat Is Intermittent. Cold At Times, Then Will Warm For A Period. Is It The Thermostat, Or Does It Just Need Antifreeze? Thanks...
Asked by Anonymous ·
1 ANSWER
2010
DODGE JOURNEY 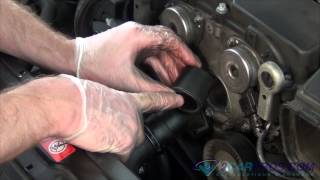 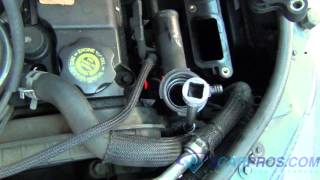 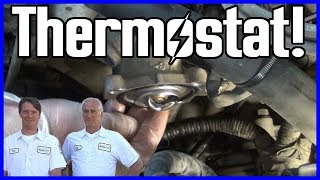