COLZDAD
Hello, I have a '99 Sienna mini van with a 3.0L V6 engine. The oil light came on in it last week and the engine started knocking. I just bought the van and the dealer said that he had installed a new oil pump in it.

I put a new oil sending unit on it but still got the light and the knocking. I took it to the Toyota dealer to see if it was full of "sludge", but the mechanic there said it was clean. So yesterday I decide to drive it home from the Toyota dealer and my wife drove it all the way home and there was no oil light or knocking.

I decided to take it out last night, I drove it around for an hour and everything was fine, The engine was as quiet as could be and no oil light came on.

The Toyota dealer told me the engine was bad and I'd need a new/ rebuilt one, but if the engine was bad, wouldn't it be knocking all the time? Something is wrong with it, but I just don't think the engine is shot like the mechanic told me. Possibly a clogged oil pump screen? Why only intermitten knocking?

I appreciate all suggestions and apologize for such a long first post.
SPONSORED LINKS
Do you
have the same problem?
Yes
No

FISHERMAN
Sometimes the knocking its because an incorrect fuel grade.
What grade of gas are you using?
Was this
answer
helpful?
Yes
No

COLZDAD
I put regular in it the day we brought it home, but would that cause the oil light to come on?
SPONSORED LINKS
Was this
answer
helpful?
Yes
No

I Was Driving Down The Road As If Someone Turned Off The Ignition Switch. It Did Not Sputter Or Anything. It Just Cut Off. It Only Cranks...
Asked by szalkuskt ·
41 ANSWERS
1 IMAGE
2001
TOYOTA SIENNA

Car Will Start In The Morning, After Driving It For 14 Miles And Engine Off For 30 Minutes, It Will Not Start, Lights Are All Working But...
Asked by reyprez ·
26 ANSWERS
1 IMAGE
2008
TOYOTA SIENNA

Hi, I Have 2000 Toyota Sienna, After Using The Ac For Some Minutes Its Cut Off And Never Cool Again Till I Switch It Off And On It Later...
Asked by oasoyin ·
15 ANSWERS
2000
TOYOTA SIENNA

My Vehicle Is Making A Ticking Noise When I Push The Accelerator. It Seems To Increase In Frequency When I Accelerate. I Had Replaced...
Asked by timgem67 ·
7 ANSWERS
TOYOTA SIENNA
VIEW MORE 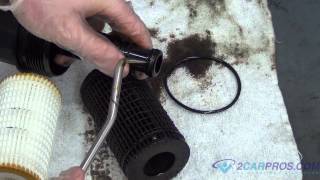 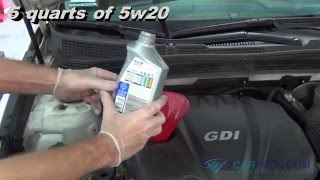 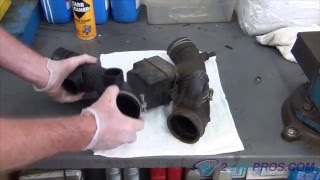