AUSTINO
Good morning guys! The steering rack is leaking on the right hand side where the rack end screws into. Do you know how to repair it or how to change the seal? Thank you.
SPONSORED LINKS
Do you
have the same problem?
Yes
No

CARADIODOC
That job is never done in the field. You can buy repair parts for some models, but mechanics do not do the repair this way. First of all, too many special tools are often needed, and none of us have them. Second, even if a mechanic was able to do this service for his own vehicle, he would never risk a lawsuit or angry customer by trying to do it for them. If a burr on the rack is overlooked, it's going to take out the new seal. There can be worn plastic bushings that allow the rack to move away from one side of the seal. That leak is caused by the bushing and slop it allows, not the seal itself.

Also, you can't tell which side is leaking. All rack and pinion steering gears have a breather tube that connects the two accordion boots. When one collapses as the steering wheel is turned, the other one expands. That transfer tube lets the air in those boots travel back and forth, but when there's a leak, the power steering fluid fills that boot halfway, then it runs into the other boot through that tube. The fluid could start leaking from either boot first.

The only proper repair is to replace the steering gear assembly with a professionally-rebuilt unit with a warranty. Those will also have modifications to address the original design shortcomings. Most replacement racks come with new inner tie rod ends already installed. You would have to remove the steering gear from the car, and remove the inner tie rod ends, which also requires a special socket or tool set, before you get down to the seals. Instead of spending your money on those seals, (which might not solve the problem), and the tools you'll likely never use again, put the new assembly in instead of the old, repaired assembly that is likely to still leak. You'll spend a lot less time, and most likely less money, and you'll end up with a much more reliable repair.

AUSTINO
Thank you.
Was this
answer
helpful?
Yes
No

KEN
If I can jump in here. If the rack is bad it will need to be replaced. here are the diagrams and instructions to do so below. If it is a hose issue here is a video that will help you step by step to change it out. It is on a different car but the process is the same.

Check out the diagrams (below). Please let us know what you find. We are interested to see what it is.

AUSTINO
Thank you Ken, you are so helpful.
Was this
answer
helpful?
Yes
No

KEN
Good to hear, please use 2CarPros anytime we are here to help.
SPONSORED LINKS
Was this
answer
helpful?
Yes
No

What Causes When I Turn The Steering Wheel I Am Hearing A Little Wiscling Sound?
Asked by clenn23 ·
1 ANSWER
2003
JAGUAR S-TYPE

We Just Got Home From Doing Some Running Around And Noticed That The Automatic Headlights Didn't Turn Off After A While. When I Went To...
Asked by digidana ·
1 ANSWER
2002
JAGUAR S-TYPE 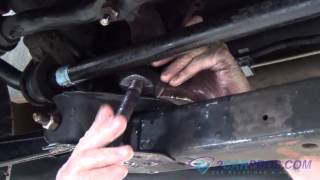