Should I purchase the car

THEPATHOFLEAST
The seller is a used car dealer in my area. It snows here this causes rust damage on most cars. The dealer gets his inventory from out of state. He essentially acts as the middleman for purchasing used cars with little to no rust. I think it’s smart. Regardless the vehicle in question is:

That’s how he has it written on his site.

Here’s what happened when I went to test drive it:

I went to test drive it today about 45 minutes before his close of business.

When I went to test drive the vehicle:

The engine: looked flawless. I even checked the belt for tightness—was fine.

The Drive:
Smooth. No bad noises or anything. It glided across the roads just fine.
The brakes seemed to require more pressing than I’m used to in terms of distance—whereas it took more pressure from my foot to feel the brakes breaking. I don’t know if that’s because they are like that on Chrysler's or if there was something wrong.

I also put the gas almost to the floor and couldn’t really tell if there was any struggle. I didn’t do it for long, only about a second or two, and it seemed fine.

At one point I put the steering wheel all the way to the brink and didn’t hear any abnormal noises. My current car whines a little when I do that.

I verbally offered him $5,300.00 for the vehicle. He skeptically asked me if I was going to need a loan. It seemed he was not going to agree if I needed a loan. Once I told him I’d be paying by certified bank check he agreed.

I wanted to review the documentation first, so I used that as an excuse to get out of there before signing any legally binding documentation. I only had about 5 mins before he was going to close. I test drove 2 other cars and didn’t want to stay any longer than I had to for the day. Regardless, I never sign anything unless I read and understand it as best as I can—while not an attorney I have above average knowledge in legal processes and documents.

Based on its condition the car seems like it was owned by an elderly individual that drove it around for general errands and doctors’ appointments. He said he bought it from a dealer in New Jersey who got it on a trade in but didn’t want to bother trying to sell it. Based on the low mileage and condition I almost think that he’s telling the truth. My guess is someone passed away and whoever inherited the car traded it in.

The last used car I bought was a 2003 Alero with 70,000 miles for $7,700. I drove it for 8 years with no major dis-qualifiers. In my area rust will ruin your cars chances of passing inspection.

I’m not locked into any agreement. I have signed nothing. A handshake is legally worthless so I can bow out at any time tomorrow morning if I need to.
SPONSORED LINKS
Do you
have the same problem?
Yes
No

It sounds like a great vehicle. If it is as nice as described, chances are it is worth the price. It's a little older, but as long as it was maintained, it should be fine. I will tell you that from experience, it may not be as dependable as your last car, but it's a lot move vehicle.

If you have any specific questions, let me know. 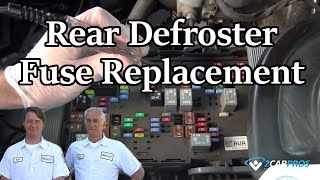