I have been using the cars for years every day, never had any other problem, or any electrical issue.

What part could go wrong and what should I do to test, the glow plugs circuit.
What do I need to replace.

Please any one help.
You can email me directly at
robert_510_745_7930@yahoo. Com
also you can write me your cell and may be I can call you and talk to you, if that is ok.

I need help desperately, as I need my car for work, And may lose my job on Monday.
SPONSORED LINKS
Do you
have the same problem?
Yes
No

DR LOOT
Okay listen very closely, the glow plug system on a Mercedes Benz is very complicated you have 5 (five) glow plugs one for every cylinder, when you turn the key on, power is sent to the glow plug relay, which then send power to the glow plugs, it has a timer about10 seconds, if the goal plug really malfunctions, it will burn out your glow plugs, but that rarely happens, but it does happen and maybe that's what happened to you but I doubt it!!! because it would've burned out all of your glow plugs not just 4 (four) of them.
The factory installed two different types of glow plug systems on the same cars,
1. The first system has a resistor on the right fender that looks like this 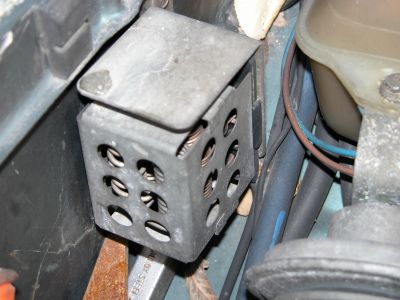 2. The other system does not have one
3. Both systems have a glow plug relay on the left fender that looks like this 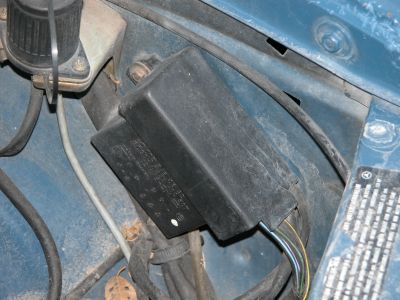 when you remove the cover of the glow plug relay you will notice two plugs, a large one and a small one and of course an 80 amp fuse, the large wire with a bolt on it is the main power wire 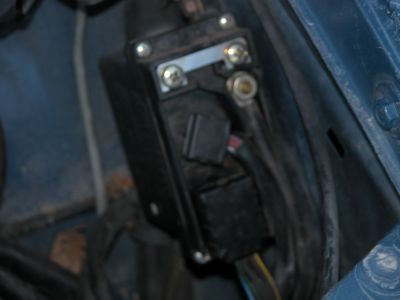 now this is the way it works:
a. You turn the key on, and you look at the Glow plug light on your dash, ( if the light does not come on that indicate that you have a burned-out glow plugs) if the vehicle does not start, first thing you do is check the fuse on the glow plug relay, if the fuse is good get a test light and check power at the main power wire if you have power there, ( and it will only have power when the key is turned on) if you have the power to the relay and the fuse is good, removes the big plug from the relay,(and be very careful that you did not break anything) the big plug is the glow plugs wired into the relay separately, take your test light and hooked it to the + (positive) side of the battery, NOT the -- (negative) side, then with your test light check the big plug each glow plug, if the light turns on the glow plug is good, if the light does not turn on the glow plug is burned out, the plug is number one through five and it will indicate which glow plug is burned out, it only takes one glow plug burned-out to make it hard to start.
SPONSORED LINKS
Was this
answer
helpful?
Yes
No
+1