DAVID DAVO ESSIEN
The car listed above is a customer's car, initially was setting an airflow sensor code. The symptoms I noticed was a very severe idle misfire. I verified the wiring integrity and found that everything related to that was okay. Hence, I told him to replace the sensor which he did and said he has noticed remarkable changes in the car now. However, the car is still misfiring and setting up a confirmed P0303 code. Please tell me what could be responsible for this?
I cleared the code; the check light went off and within a few minutes the check light came back on. He told me he has replaced all four injectors and coils with a new one. But the spark plugs were fairly new. It's late, that's why I can't verify everything. Please as a guide what would've caused that?
Image & Video (Click to enlarge) 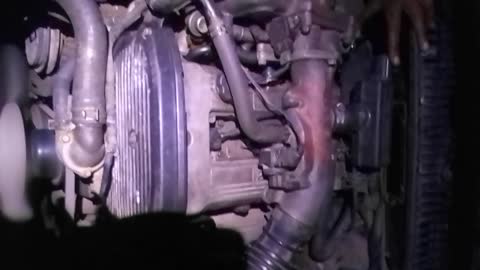 KEN L
Hello and thanks for the video and picture, it really helps us figure out what's going on. The engine noise could be causing the problem, it sounds like the timing belt is loose which is giving the knock sensor code. Also, can you please check the oil level? Is the engine oil pressure light on by chance? I can hear the noise, but I can't tell if it is internal or the timing belt. I have left a diagram of the belt below. Also try to clear the codes and then start the engine and then run the codes again, we are trying to see what code comes up first. Check out the diagrams (below). Please let us know what you find. We are interested to see what it is.
Image (Click to enlarge)

DAVID DAVO ESSIEN
I'm there with the car now. I have just verified the timing and it seems it have jumped timing by a tooth.
Additionally, when I checked for codes today more codes came up.
Images (Click to enlarge)

KEN L
Yes, it looks like it, is the belt loose as well? I would not worry about the codes as long as the belt is off. I would replace the belt with a new part and go from there. How was the engine oil condition?

This guide can help you with the job:

Please let us know what happens.
Was this
answer
helpful?
Yes
No
+1

DAVID DAVO ESSIEN
As you rightly said the belt was still intact however the timing was off. It seems as if it keeps jumping timing.
In addition, I was sniffing a strong fuel odor from the exhaust when the car was idling so I can scan for codes. Sorry I didn't include that on the details of the car problem initially. After timing work the fuel odor wasn't too strong as before.
I have reset the timing of the car. Now this is the present state of the car after the timing work.
Video (Click to enlarge) 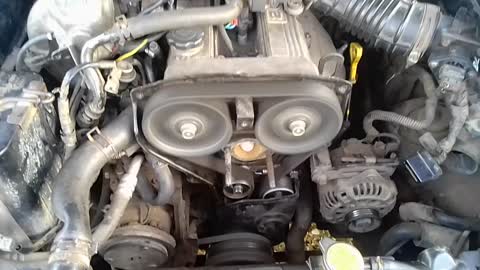 KEN L
It sounds like you may have a stuck injector, I would remove the spark plugs and see which one is different, this will be the cylinder that is having an issue. This guide can help you test the injectors:

DAVID DAVO ESSIEN
First, I want to apologize for not responding promptly to the guide you provided to help me fix that car problem!
It was due to the man's action that prevented me from taking the steps.
Before I proceeded to check the injectors, I noticed that the inner COP connector wasn't contacting properly. So
I connected it well as it should. Immediately, he invited someone else to come over and fix the car while I was still working.
Well, when the mechanic came, he told him that the fuel pump should be replaced, that it is faulty without conducting any test. I told them that it is likely something else, that's going to be the injectors. I was not allowed to check the injectors. It was late so we both departed.
About a week later he invited a different mechanic from somewhere else to come and check the car. I was called to fix a car very close by, I noticed that the mechanic that he called to fix is car couldn't still fix the problem, so he left. I didn't understand the man's action, hence, I gave up doing what you advised me to check.
Was this
answer
helpful?
Yes
No

My Kia Sportage Has Error Code Po340. Camshaft Sensor Has Been Replaced But Code Still There. Lambda Sensor And Spark Plugs Have Also Been...
Asked by algy74 ·
5 ANSWERS
2001
KIA SPORTAGE