How many hours to replace brake Master cylinder and front rotors

DAN BERNARD
How many hours should it take for a mechanic to replace the brake master cylinder, plus the two front brake pads and rotors on the vehicle listed above? My mechanic is trying to charge me eight hours which seems outrageous to me. Total for parts and labor of $822.00.

CARADIODOC
I would get a second opinion. Master cylinders are not nearly as accessible as in years past. On older vehicles they can often be replaced in as little as a half hour, including no need to bleed at the wheels. I will look up the "flat rate" times and get back to you.
SPONSORED LINKS
Was this
answer
helpful?
Yes
No
+3

CARADIODOC
In the future, please list the engine size. That can make a difference for many procedures because of things that are in the way and must be moved.

The master cylinder calls for 2.0 hours. Deduct 0.4 hours if other brake work is being done. That is because the vehicle is already on the hoist, and the wheels are already removed.

Experienced mechanics can replace master cylinders without needing to bleed at the wheels. That is to their advantage and allows them to complete the job in less time. You still get charged the flat rate, and you do not get charged more if the job takes longer than 2.0 hours.

Estimating the rotors is more involved. Almost all shops have a set charge for a front brake job because some are real easy, and some take much longer. The standard charge is an average in most cases. Your vehicle calls for 1.0 hour to remove both rotors. Be aware removing the rotors is just one step in the brake job. There is a lot more involved in a full brake job.

Also be aware that new rotors used to cost around $100.00 each. Since the 1990's, the slide-on rotors often cost less than forty bucks. There is a published legal minimum thickness they can be machined to before they must be replaced. To lighten the vehicle, rotors do not have much material to work with when the mechanic needs to machine them as part of the brake job. Given the time required to set them up on the brake lathe, and the high cost of cutting bits and other consumables, it is less expensive to install new rotors than it is to try to save the old ones.

You did not say why the work needs to be done or what problem you are trying to solve. There are many more factors to consider when writing up a repair estimate. Damaged master cylinders are a perfect example. Once they are more than about a year old, damage to them is a common problem when do-it-yourselfers do a brake job. That damage can also be expected when a driver is suddenly surprised by a leak. The damage, and the slowly-sinking brake pedal it causes, often does not show up until two or three days after the leak has been repaired. For that reason, conscientious mechanics will include the cost of replacing the master cylinder in an estimate for repairing a leak. Some will replace it automatically to insure the quality of the repair. Some will not replace it if it is not needed, but they will explain why it could be needed later. They are risking their reputation on that part not failing later. This usually comes back to bite us in the butt. People remember having to bring the vehicle back a second time a lot longer than they remember the cost of the repair, and that second trip makes them angrier than the cost.

Also, be aware some shops only quote the exact needed parts to repair a leak, and not the additional cost of the master cylinder. They do that to insure their estimate is lower than that of their competitors, but then they have to tell you later that more parts are needed once they have the work almost done. That is not an attempt to defraud. It is an attempt to get the job by not including every conceivable additional part or service that might be needed. Some shops automatically include every other related part or service they can think of so if any of those are found later to be needed, you are already expecting it. We hate having to call people to tell them more stuff is needed than what we first thought. It is more fun to hand you a final bill that is lower than what you expected, but even that has its risks. Some people assume we were trying to rip them off by not doing everything they were told was needed. We also risk losing the job to the shop down the road that gave you that lower initial estimate.
Was this
answer
helpful?
Yes
No
+1

The Two Caliper Bolts To Hold Caliper Are Different, One Has Rubber Gasket At End The Other Does Not. Which Bolt Goes On Top And Which Goes...
Asked by Anonymous ·
1 ANSWER
2009
JEEP PATRIOT 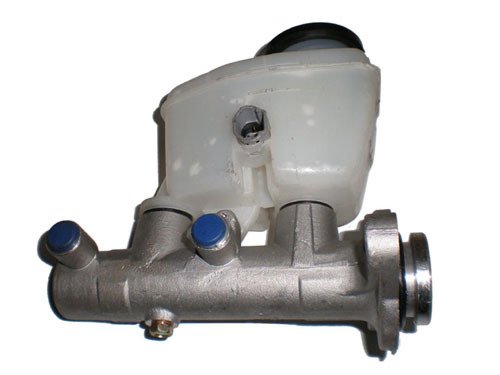 GUIDE
Master Cylinder Replacement
We are a team of ASE certified mechanics that have created this guide to show you why your brake master cylinder is not working and what you can replace it.

Abs, Four Wheel Drive And Track Control Lights Are On

The Abs, Four Wheel Drive And Track Control Lights Came On Dash And Will Not Go Off.
Asked by phillybill2017 ·
1 ANSWER
2009
JEEP PATRIOT

How to fix a brake warning light