JW3
I have a 1987 Honda CRX HF that I purchased new.
A few years ago it began to have an electrical problem. I noticed the alternator belt squeeling quite often and eventually the alternator light came on. On taking the alternator appart the brushes were completely worn out.

During this time I noticed the radiator fan would come on as soon as I turned the ignition switch on during the cold months and not in the warmer months. Although sometimes the fan would start to run and then shut off.

I've talked to service people who worked on these cars and they told me the radiators would 1) build up corrosion and sometimes isolate the temp sensor in the bottom of the radiator. Thus the signal to the
fan control wasn't accurate. 2) the fan control unit under the dash would go bad and cause this condition. Thus allowing the fan to run pulling lots of amperage on the alternator and burning the brushes and commutators on the alternator rotor. 3) the main relay could be a problem.

I notice the idle surges and the fuel milage isn't but about 40 mpg where it is supposed to reach 52 city and 57 highway.

Anyone else ever experience this problem with their
CRX HF? I understand the fan control unit under
the dash is different for the HF model.
SPONSORED LINKS
Do you
have the same problem?
Yes
No

Idle surges are usually due to idling speed either too low or high whereby the ECM will be adjusting it. 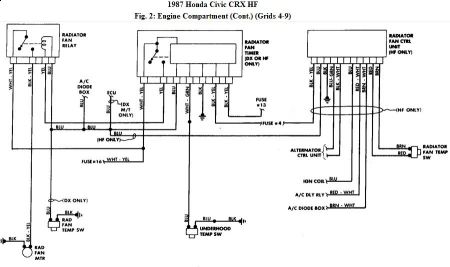 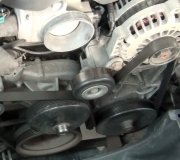 GUIDE
Serpentine Belt
Easy step by step guide on how an automotive serpentine belt works, this information pertains to most vehicles.

My Timing Is Off, I Looked At The Notch On The Cam Gear? I Set It To The Top But I Cant Get The Harmonic Balancer Off To See Where To Set...
Asked by siickfreak420 ·
1 ANSWER
1987
HONDA CRX

How Do You Pull The Engine To Replace It With A Rebuilt? Step By Step Please. I've Never Pulled A Fwd Engine Before. Thank You.
Asked by eldodge0 ·
1 ANSWER
1990
HONDA CRX

I Own An Older Crx. I Was Driving It And Am Afraid I Ran The Oil Bone Dry. As A Result My Pistons Seized Up. I Tried To Manually Crank Them...
Asked by light007tear ·
1 ANSWER
1990
HONDA CRX
VIEW MORE 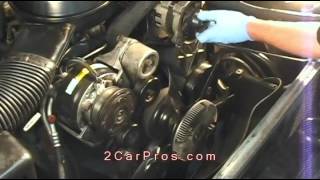 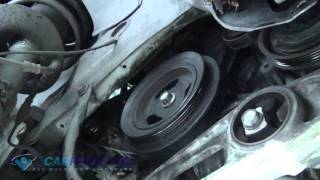 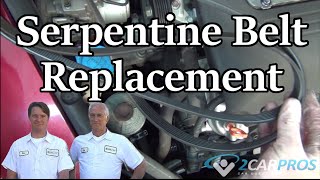