My car has been broken down for about 2 weeks.

ALEXBECA26
My car has been broken down for about 2 weeks now, the problem seems to be steering but none of the mechanics I have gone to want to repair it because they say only Ford can fix it. The steering wheel is super hard to turn going fast or slow, for safety reason I haven't been using it on a daily basis, apparently it was the steering pump then they said it had something to do with the computer, so now I am lost and need my car but can't afford to take to ford to get fixed, any ideas what it might be and the cost?
SPONSORED LINKS
Do you
have the same problem?
Yes
No

CARADIODOC
This is why many of us dislike the new cars with all the unnecessary electronics and technology. Ford came up with a solution, but no one knew there was a problem. What your mechanics are likely referring to is "speed-sensitive-steering". The dealer is going to be your least expensive and most effective route to getting this handled. They have the equipment to access the computers involved in controlling the feel of the steering system at different speeds. At the mileage you listed, it is not likely the power steering pump is worn out yet, and if there's no visible leaks, the first suspect is the computer that controls the valve that controls the flow of power steering fluid. They will be the fastest and most knowledgeable at finding the cause of the problem.
SPONSORED LINKS
Was this
answer
helpful?
Yes
No

ALEXBECA26
If it was the flow of the power steering fluid, is there an estimate of how much it will cost?
Was this
answer
helpful?
Yes
No

CARADIODOC
No clue whatsoever. It depends on the cause of the problem. Computers are expensive to begin with and they are relatively high-failure items. To add to the insult to your wallet, most of them now have to be programmed to your specific car or they won't work. That's why your mechanics and I are recommending a visit to the dealer. In the long run that is going to be your least expensive route. I'm more familiar with newer Chrysler products but much of what they do is similar. Their speed-sensitive-steering controller costs around $150.00 but it is accessed with a scanner through the Transmission Computer menu.

There can also be internal leakage inside the rack and pinion steering gear. Normally that begins acting up only when the engine is cold and only in one direction, then it gets worse over time. The clue there is you will get the power steering assist back at first after the engine warms up for a minute or two. GM had a huge problem with that in the '80s and '90s, and they ripped off a lot of owners with their inadequate fix under warranty. Those acted up in less than 50,000 miles. For all other car brands you really shouldn't have that problem yet at the mileage you listed. A steering rack for a Chrysler used to run around $150.00 for a rebuilt unit which is the customary part to install. If it is a new design and used parts aren't available for rebuilding yet, or if it is being replaced under warranty, the manufacturers, (other than GM), specify a new assembly must be installed. The manufacturer is paying that bill, but to BUY a new rack assembly used to run over $500.00. Your car is old enough that rebuilt racks will be available.

If a new rack is needed, the labor cost can vary widely too. It takes 20 minutes to replace one on a Dodge Dakota. It takes three miserable hours to to do one on a Stratus. Ford Aerostars are relatively easy too. From there everything is downhill as far as ease and required time.

It's time to suspect a worn pump or steering gear on your car after 100,000 miles. Based on your lower mileage, I'm betting on a simple part failure rather than on something worn out from normal use.
Was this
answer
helpful?
Yes
No

I Started My Ford Fusion This Morning. As I Was Pulling Out, My Steering Wheel Wouldn't Turn. Then The Battery Light Went On. What Is Wrong...
Asked by carlatio1973 ·
1 ANSWER
2007
FORD FUSION

How Often And How To Change Power Steering Fluid.

How Often And How To Change Power Steering Fluid.
Asked by Anonymous ·
1 ANSWER
2007
FORD FUSION 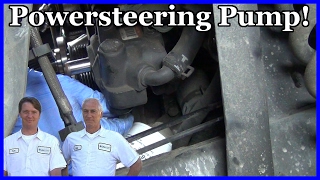 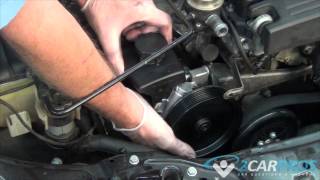