WWALTERS415
The dome light was left on and the battery died. When I tried to charge the battery with a battery charger there was a spark and now I have no electrical. I changed the 40 120 fuse and the +B IGI main fuse. I still have no electrical. Is there something else I can check/do before I have it towed to the dealership to get fixed.
SPONSORED LINKS
Do you
have the same problem?
Yes
No

CARADIODOC
Very often fuses blow when connecting a charger that is already turned on or when reconnecting a battery, from the surge when computer memory circuits charge up. All that's needed is to find them and replace them. But when really large fuses blow, it is because the charger was connected backward. You're going to have a lot of blown fuses, both under the hood and inside the car.

In particular, computers and radios have diodes built in for this reason. A diode is a one-way valve for electrical current, and it's placed in those items backward, so it's turned off and not doing anything. When the polarity of the battery or charger is reversed, the diodes turn on and act like a dead short to force the fuses to blow. That protects those devices. Once the polarity is corrected, the diodes usually weren't damaged by the high current and will go back to doing what they normally do, which is nothing. All that's needed is to replace the fuses. If one of those diodes did short from the high current, the replacement fuse will blow again right away.
SPONSORED LINKS
Was this
answer
helpful?
Yes
No 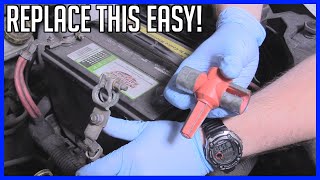 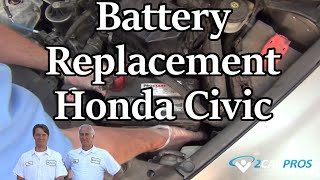 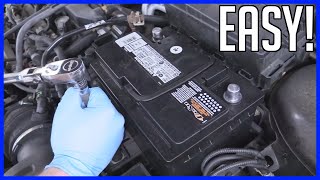