I need to replace a front right brake line, I.

ANONYMOUS
I need to replace a front right brake line, I have all the things I need my question is, do I have to remove all of the old brake line(steel) or can I cut off as much as I can get and the re-route the line and attached back to brake system, as long as the system is closed it should be ok right, please let me know thank you.
SPONSORED LINKS

CARADIODOC
If most of the line is not rusty, you can cut it at a clean spot where you have plenty of room, slide on a fitting, make a double flare, then use a union to connect the new piece of line. You have to look at which type of flare is used where it connects to the rubber flex hose. If it's the newer "ISO" flare, buy a pre-made line of the right length, and cut off the ISO flare and make a double flare where it will connect to that union. That can be a lot of work, and the original line may not take well to making a double flare. If one or two attempts don't give satisfactory results, or if you don't know how to make double flares, it's much easier to just buy one or two pre-made lines that total the right length, and replace it right up to the master cylinder. You can leave the old line in place, and use nylon tie straps to anchor the new line to it. When bending the new line, be careful to not kink it or let it sit too close to hot engine or exhaust parts.

This is going to take a while and the master cylinder is going to run empty. To prevent that and the long bleeding time it will require, place a stick between the brake pedal and seat to hold the pedal down about two inches. The brake fluid won't run past the lip seals in the master cylinder. When it comes time to bleed the new line, remove that stick, and loosen the cap on the master cylinder to prevent vacuum from building up in the reservoir. Leave the last fitting loose at the flex hose until fluid starts to run out. That may be sufficient and you won't have to worry about snapping off the bleeder screw on the caliper.

If you attempt to pedal-bleed the system with a helper, (which is not necessary), be certain to never push the brake pedal more than half way to the floor. At worst that can damage the master cylinder, and at least it will cause two of the four ports to become blocked. Unblocking them isn't a serious procedure but it is time-consuming. It's just easier to avoid that.
SPONSORED LINKS
Was this
answer
helpful?
Yes
No
-1

EVISHAWAY
Was told had 4 brakelines and will cost 7-800 dollars to fix
Was this
answer
helpful?
Yes
No

JACOBANDNICKOLAS
That sounds right. However, the cost seems really high. The parts shouldn't be more than 75 to 100 dollars. That is either a lot of labor or they charge a very high amount per hour. You may want to get a another quote.
Was this
answer
helpful?
Yes
No
+1

WRENCHTECH
There are 4 routes from the master but probably many sections of line. They have to be fabricated individually and it is very time consuming.
Was this
answer
helpful?
Yes
No

LUCASMCCAULEY
Can you please give me an estimate on how much it would cost to replace a rear brake line, labor included please?

Thanks
SPONSORED LINKS
Was this
answer
helpful?
Yes
No
+1

WRENCHTECH
Are you referring to a bad flexible rubber hose or a rusted out metal brake line?
Was this
answer
helpful?
Yes
No

LUCASMCCAULEY
I am not sure what the problem is all I know is that brake fluid is leaking from the line in the middle section of the under carrage
Was this
answer
helpful?
Yes
No
+1

WRENCHTECH
OK, the location of the leak pretty much answers my question. You have rusted out brake lines. I can't tell the degree of the problem from where I'm at but I can tell you I have dealt with many of these situations. The bad sections of line have to be cut out and ne lines have to be fabricated from straight line. They cannot use simple compression fittings to do this. Every connect has to be double flared and a thread together union used. You also have to start where you have good solid line to work with. Most of the time it means replacing all lines from about the firewall back. This usually takes about 3 to 5 hours of labor and about $50 in parts so you could be looking at $300 to $500, depending what condition the rest of the lines are in.
Was this
answer
helpful?
Yes
No

LUCASMCCAULEY
Thats what I was affraid of. Thanks for your help!
Was this
answer
helpful?
Yes
No

WRENCHTECH
Your welcome
Was this
answer
helpful?
Yes
No

The Abs And Traction Off Lights Are On, On The Dash, After Going On And Off For The Past 4 Weeks. The Brakes Are Holding Good, But...
Asked by ramuk88 ·
3 ANSWERS
2002
BUICK CENTURY

My In-laws Had To Apply The Brakes Quickly. Now The Yellow Anti Lock And Red Brake Indicators On The Dash Board Stay On Solid. He Tells Me...
Asked by 2001 Buick Century questi ·
1 ANSWER
2001
BUICK CENTURY

Hi Guys, Back Brake Would Lock Up. Took The Drum Off, Adjusted Star Wheel. Back To Normal. Couple Days Later Same Thing. What Would Cause...
Asked by maxekong ·
9 ANSWERS
1 IMAGE
2003
BUICK CENTURY

1991 Buick Century 6 Cyl Wheel Drive Type Unknown Automatic 104345 Miles My Car Ran Fine The Day Before But Now When I Start It Up And...
Asked by Rasheedah ·
1 ANSWER
1991
BUICK CENTURY
VIEW MORE 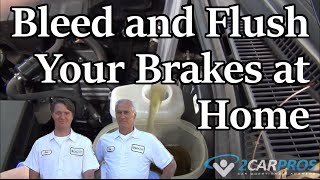