MRBOCRUNCH69
In regards to my question about the tires rubbing the struts. I had my front struts replaced a while back and every since it has been making a random popping noise at low speeds when going over small bumps, and now the tires are rubbing on the strut at the bottom spring seat. I've noticed that I can't even squeeze a finger between the tires and the bottom spring seat on all four wheels. Is this normal clearance? Is it possible that they used the wrong struts as replacements? Thank you.
Images (Click to enlarge)

CARADIODOC
This depends on which model you have. If your front struts have two bolts holes at the bottom to mount them to the spindles, it is likely "camber" is not set to specs. This assumes you don't have wheels or tires that are wider than the originals. Camber is the first angle that is set during an alignment. That is the inward or outward tilt of the wheel, as viewed from in front of the car. That must be set to specs, but it's also important that both sides be nearly the same. A tire will want to roll in the direction it is leaning. On most cars they both lean out on top just a little. The two must be close to equal so their pulls offset each other, but the left one must be set to lean a little extra to offset "road crown". All roads tilt to the right so rain will run off. A car will drift that way unless we make up for it with a little more camber on the left wheel.

Sometimes the adjustment for camber slips, either during the alignment, or after if the bolts weren't tightened enough. When one side slips, you'll usually notice a pull to the opposite side when you let go of the steering wheel, and, due to the interaction of the steering geometry, the steering wheel will no longer be centered. When both wheels are out-of-adjustment, it is more likely they were set that way incorrectly during the alignment. The additional clue to this is the tires will be worn further on their inner edges.

When camber is increased during an alignment, it will move the tops of the tires away from the struts and springs. One of the more common reasons for having problems like this is weak coil springs. That lets the car sit too low and totally changes that steering and suspension geometry. Camber can be reset to make the numbers look good on the alignment computer, but that doesn't take into account how the tires will scrub across the road as the car goes up and down over bumps. The lower control arm will be going through the wrong arcs. The fix for that is new springs, then to readjust the alignment.
SPONSORED LINKS
Was this
answer
helpful?
Yes
No

MRBOCRUNCH69
I understand that sagging springs and misadjusted camber can cause a problem with the clearance between the strut and the tire, but the wheel would have to be moved by a good two inches or so just so it wouldn't rub the bottom of the spring seat, and even then it would probably rub the side of the spring seat. Don't get me wrong, if you say that it is most likely the springs and camber, then I will go with it. I'm no mechanic by any stretch of the imagination. It just seems odd to me that the spring seat is so close to the tire, even with bad camber and springs. I've attached a couple more photos. Thank you for your help, it is much appreciated.
Images (Click to enlarge)

CARADIODOC
Something else appears to be involved here. First check that the tires are the size listed on the door sticker, then check if these are aftermarket wheels. Do you know how to check the lower ball joints and the wheel bearings for play?

Those lower spring mounts do normally sit pretty close to the tires, but not like what you have here.
Was this
answer
helpful?
Yes
No

MRBOCRUNCH69
Tires are correct for the vehicle as per sticker on door and wheels are stock that came with the vehicle. The wheel bearings I believe are a "sealed for life" hub and can be checked by pulling on opposite ends of wheel while on jack stands? Not sure if that is correct or not. I don't even have a guess as for how to check the balljoints. The wheel doesn't have any play in it pulling from side to side, and I don't hear the "wa wa" sound that a hub sometimes makes when going bad. I found the receipt from when they replaced the struts and the correct part numbers are listed. Any advice is very much appreciated. Thanks again.
Was this
answer
helpful?
Yes
No

CARADIODOC
I'm out of ideas without being able to see the car. A wheel bearing would have to be really sloppy, a strut would have to be bent, a ball joint would have to be worn really badly, or camber would have to be really far negative to cause this, and then what's the chances of this rare condition being present on both sides? My best suggestion is to have the car inspected at the shop that put the struts on, or at a tire and alignment shop. Most alignment shops will give you a copy of the printout that shows the readings before any adjustments are made, and when they're done. I'd love to see what they show for "Camber".
SPONSORED LINKS
Was this
answer
helpful?
Yes
No

I Had My Front Struts Replaced A While Back And Every Since It Has Been Making A Random Popping Noise At Low Speeds When Going Over Small...
Asked by mrbocrunch69 ·
1 ANSWER
2001
CHRYSLER SEBRING

Rattling Noise, Spring Things In Back, Broken Piece Up...

Behind My Back Tires, There's Those Spring Things? (If You Cant Tell Already, I Know Nothing About Cars.) At The Very Top Of Them, There'...
Asked by kaleyy ·
10 ANSWERS
1 IMAGE
2004
CHRYSLER SEBRING

Tires And Wheels Problem 2004 Chrysler Sebring My Car Just Started Making A Noise That Sounds Like Driving Over A Rumble Strip. Its...
Asked by mikewho5 ·
1 ANSWER
2004
CHRYSLER SEBRING

Today I Was In A Hurry And Left My Car Running On A...

Today I Was In A Hurry And Left My Car Running On A Flat Surface In Reverse Gear. When I Went Back Out Side It Had Went Over The Curb(which...
Asked by Anonymous ·
1 ANSWER
2010
CHRYSLER SEBRING

2001 Chrysler Sebring Will My Tires Fit These Rims 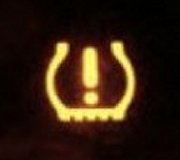