BRADYDANIEL
I pushed the e-brake down. And now both rear wheels are locked.I cant get it to release. It Seems like the pedal is all the way back up, but wheels will not turn.I tried to pull back and forth to see if it would let go. No Luck.I don't have money to pay someone, I'm on ssi. What Can I do. Its My only car.I wish I could give money for the donation, im sorry, fife and 2 kids I just dont have any extra. Sorry
SPONSORED LINKS
Do you
have the same problem?
Yes
No

CARADIODOC
There's two common things to look for depending on which system you have. If you have a handle to pull on to release the parking brake pedal, the two rear cables can become rusted on vehicles where the parking brake is not used regularly. Ford has an especially big problem with that, even when they are used often. You'll need to look underneath, ahead of the rear wheels, to see if the casings are exposed and visible where the cables come out of them. If those cables are sticking, the first half inch or so of the cables will be clean and shiny indicating they didn't retract properly. When this first starts to happen, you can often crawl under there and flex the casings to urge the cables to retract under spring pressure. By the early '90s Chrysler was putting those exposed ends in a black plastic box ahead of the left rear wheel to keep them dry and rust-free. They don't really cause very much trouble.

If you have the parking brake that is released by pressing the pedal a second time, they have a spring-loaded toothed, quarter-round gear. That unit is auto-adjusting. In cold weather the grease on that gear's pivot can become hardened and the gear doesn't move quickly under spring pressure. The pedal will come up but the parking brake won't release. What usually works for those is to push the pedal down again and release it as though you were setting it, then push it again just a little further as though you were releasing it, but hold pressure on it for five or ten seconds. That may give the gear time to slowly move under that spring pressure. If you release the pedal a little and push it again, you'll have to start over. Releasing it just a little will re-engage that toothed gear and prevent it from moving to the released position. If this is why it's not releasing, it will usually work properly after the temperature warms up inside and that grease softens.
SPONSORED LINKS
Was this
answer
helpful?
Yes
No
+1

MOOREJW
Parking brake is very hard to get set tight enough to hold car even after manually adjusting rear brake. It looks like previous owner had some repairs made to the parking brake control and/or cable. The cable has been spliced and I am not sure it is routed properly to the "wheel" inside the control. A diagram or photo of the cable from the entry into the "controller" under the dash to the "wheel" would help. One direct route looks obvious but since it has never worked right I am looking for unexpected problems.
Was this
answer
helpful?
Yes
No

Cant Get The Air Out Of The Brakes?

Our Mechanic Has Replaces The Calipers Twice And Cant Get The Air Out Of The Brakes?
Asked by myfourkids ·
5 ANSWERS
2002
CHRYSLER TOWN AND COUNTRY

How Can I Tell If My Master Cylindar Is Bad Or If My Break Booster Is Bad. 1999 Town And Country Traction Control 3.3 Engine. Brake Pedal Is...
Asked by toeranme ·
1 ANSWER
CHRYSLER TOWN AND COUNTRY

My Brake Pedal Is Very Hard I Have To Really Push It To Stop. I Just Bought This Van Thank You
Asked by paul z ·
1 ANSWER
1993
CHRYSLER TOWN AND COUNTRY

I Can't Get The Drums To Come Loose, Do I Heat It Somewhere, Maybe Rust
Asked by homerrrr ·
1 ANSWER
2006
CHRYSLER TOWN AND COUNTRY

I Followed The Instructions For Getting The Booster Out. But Oh Putting It Back In Is A Pain. Right Now I Have It Up Against The Firewall...
Asked by davcom ·
2 ANSWERS
1999
CHRYSLER TOWN AND COUNTRY
VIEW MORE 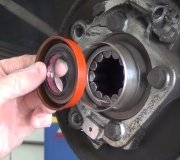 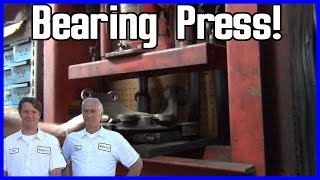 How to Replace a CV Axle Bearing