PCM not communicating with TCM

ZCRASHZ
I have taken the van to 2 shops and they both tell me that the computers wont communicate to give a fault code from trans. I have changed the output speed sensor. What it is doing is this, Wont shift gears, speedo not working/gas gauge not working. When I do the dash codes it says 2, 23, 55 cannot find anything about the 2 and 23 says something about a manifold pressure switch or something, 55 I know is the end code. The first time the van did this none of the gauges worked or the shifting, I got it home in 'Limp Mode' the next day I went out to look at it and found a 10A gauge fuse was blown, I replaced it and it worked fine all gauges back and was shifting fine. Drove it one day about 40miles the next day went back into 'limp mode' all gauges but speedo and gas working, obviously checked fuse, it was good, swapped it anyways still no-go, so now I cannot figure out why the computers wont communicate and why it wont shift or speedo work. After I changed the output sensor speedo worked for about 10minutes and stopped again, but still would not shift. Also the radiator fans are not working unless I hardwire them to battery. The tranny shop replaced a computer in the van but it did not help. I also noticed a ground wire over by the a/c compressor that was broken, I wedged it back under the clip, dont know what the ground was for or if I even have a good connection on it, dont know how long it was off either. The speedo/trans issue happened out of the blue, I drove it about 20miles came out 2 hours later and it was like that, ran fine when I got there. I dont think I forgot to mention anything.
SPONSORED LINKS
Do you
have the same problem?
Yes
No

MHPAUTOS
A simple question to start with, is the check light coming on with the ignition and then turning off?
Was this
answer
helpful?
Yes
No

ZCRASHZ
No the check light comes on and it stays on, though I did notice sometimes it takes it a few seconds to come on, but once it does it stays on til the van is shut off
SPONSORED LINKS
Was this
answer
helpful?
Yes
No

MHPAUTOS
OK not what I was thinking, on some systems if the check light fails to come on due to a faulty globe the system will not communicate, I would at this point be carefully checking earths for a bad conection.
Was this
answer
helpful?
Yes
No

ZCRASHZ
Ok, another thing I forgot to mention, the tranny shop I had the van at was wanting to charge me $200 plus a week with the van to "locate" the problem, said something about removing and looking behind a fuse panel, is that the one under dash or under hood, would that be a good place to start, would a bad connection just randomly cut out like that, I know it can happen like that but I guess what I mean is if it were a bad connection would it run fine for 20miles and then after being parked cut-out. Could it be like a bad "cell" or something in the PCM or TCM?
Was this
answer
helpful?
Yes
No

MHPAUTOS
A bad earth can come and go with no real meaning, often what will happen is the problem will progressively get worse as the earth problem deteriorates, so basically yes the problem can present as you ate experiencing it.
SPONSORED LINKS
Was this
answer
helpful?
Yes
No

ZCRASHZ
Ok, so if im not mistaken the PCM is the computer on the passenger side under the hood? Or is that the TCM? That is the computer they switched out with no change in the system, also where should I start tracing wires and checking connections to see if I cant find the bad one.
Was this
answer
helpful?
Yes
No

ASEMASTER6371
If I may add, the 200 is not a bad deal as you still have no idea what is wrong. These diagnostics take time and a lot of knowledge.

Ok, everytime you turn your car off and restart it, the limp mode returns to normal operation till the fault returns. The fact of no communication with the trans control computer does not mean it is bad but that there is an issue with either wiring, solenoid failures or internal issues.

I will track down the code 2 and 23 and let you know. I believe the 23 is a tps code which may effect your trans operation.

More as I get more info

ZCRASHZ
Sounds good roy, I appreciate the help, yes $200 isn't that bad unless it turns out to be a simple unplugged wire, lol. And cash is kinda tight at the moment. If I can't figure it out may end up back in shop but would much rather have it running and keep it, weathers getting cold on the bike, and I want my truck back from the wife. Lol
Was this
answer
helpful?
Yes
No

ZCRASHZ
Mhpautos- I didn't think of this before, when you ask if check light comes on and goes off when I turn it on, do you mean when I start it up or just in"on"position, I was just out there and turned it just to"on" and the check light came on and went off started off till I started the van
Was this
answer
helpful?
Yes
No

ZCRASHZ
Here's something new, I got up this morning and drove the van to work, about a mile and a half, check engine light never came on, still no sift no speedo and no gas gauge tho, I did notice under dash, that the#10 relay was a lil out so pushed it back in and the#11 was the same I wiggled some wires and got a better connection on that ribbon style ground that broke off the wire is only about 6" long and is on passenger side under hood on top of everything also put some tranny fluid in it. Atf +4, apparently they don't make +3 anymore, not sure if any of this changes anything our not but figured I'd give the update
Was this
answer
helpful?
Yes
No

MHPAUTOS
Take the earths off and clean with emery paper, often you can get an oxide build up with a loose conection and just tightening it down will not always improve the earth.
SPONSORED LINKS
Was this
answer
helpful?
Yes
No

ZCRASHZ
Ok so finally made a lil progress, I took the instrument cluster and re-soldered the wire harness plug and that fixed the speedo, it works now. But still wont shift gears. I took the solenoid wires off and it had tranny fluid in the connector, does this mean the solenoid pack is no good?
Was this
answer
helpful?
Yes
No

I Have A Check Engine Light. When I Hook Up A Code Reader It Says Error. Ive Tried A Few Different Code Readers Same Thing. Why Do I Have A...
Asked by greenchevymalibu ·
2 ANSWERS
1999
PLYMOUTH VOYAGER

Location Inside Van Of Rke Module 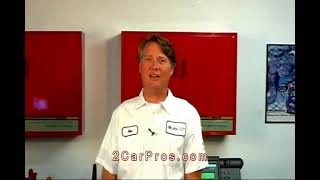 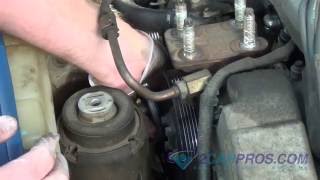 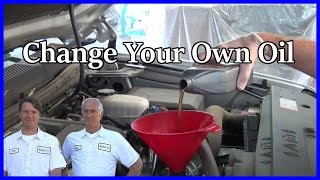