I use my dodge ram, diesel, in a coffee plantation in Honduras, Central America. The roads are on hill sides, dirt roads and steep. On rainy season I have problems driving on slippery roads, the car just won't move on a bit of slippery mud! Eventhougth it is a 4x4! Is it because of the dual rear tires? Toyota's 4x4 pickups do not have problems! Can I take one wheel off the dual rear and use it single like toyota's? Is it because is too heavy up front? Or because of the wheel base being too long? I have tried mud terrain tires, 215/85-16 but is the same. No go! When I got the truck, because of its size I though it was the answer to my hauling problems, I could move more cargo than what I move with my toyotas, but, boy! Was I wrong!
your comments por favor.
Jose R. Flores
SPONSORED LINKS
Do you
have the same problem?
Yes
No

JACOBANDNICKOLAS
The dual wheels cause less pounds per square inch on the tire to surface contact. As a result, it will spin easier.

The additional wheel base also plays a factor.
Was this
answer
helpful?
Yes
No

Without Lift Or Drop

When Replacing Tires Do You Need To Have An Alignment?
Asked by lejcford@hotmail.com ·
1 ANSWER
2008
DODGE RAM
VIEW MORE 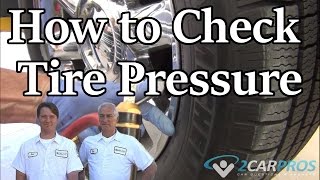