DR_CHNOLAN
Hello: I was referred elsewhere by another auto expert. Here is our string: Please review and advise. I am trying to establish a possible relationship between two disasters all within 30 days of driving off the car lot but beginning day ONE! The sale was contingent on him fixing (not resetting unless only necessary) the "Service Engine light." Three days later and I am in the shop with 25 DTC codes and shot out crank shaft sensors. Two weeks later, total computer failure (and more codes). Today, no power at all. As if there wasn't even a battery in the car. See below for sequence of events. Thanks so much, my wife and I feel victimized by a hustler who will not respond to my requests for assistance.

QUESTION: Hello. Recently bought 2000 standard Deville (no warranty) with 36K (looks brand new). Had to replace crank shaft sensors last week. And then today after five miles in the morning, felt a slight downshift rumble then saw "check engine soon" light pop up. By time I got to work, the "security" then "traction" lights appeared. Then the gas gauge bars disappear including MPG. Turned off engine, waited few seconds and it fired right back up. All those lights were still active but now the automatic doors begin to lock and unlock ON THEIR OWN! Gremlins everywhere! Used on-dash diagnostics to see the codes. About 20 current codes! (Battery voltage OK). Any thoughts before suicide?

ANSWER: what codes do you have and are they CURRENT or HISTORY codes?

QUESTION: most are CURRENT.I believe the most important one is the U1016 code (communication failure). I am told now it is the PCM (and that this car is famous for its electrical problems) and that finding the acutal problem (i.E, tracing the wires to find a pinch or ground) could be more expensive than the cost of the vehicle! Does this make any sense? Thanks for any help as I am now contemplating a gallon of gasoline and a sturdy match!

ANSWER: Tell me what codes you have an we will try and CLEAR (erase) them from the computer and see which codes return as CURRENT codes.

QUESTION: Thanks for your help here, SERIOUSLY:

The following are CURRENT as of today (SUNDAY):

The following is a History code as of today:
DIM P1540

But, I may have inadvertently cleared some of the HISTORY codes since Friday, but I recall the mechanic (GM Master Mechanic, on Friday) telling me he saw a code that stated 37 miles ago I had code which corresponded with my first awareness of a problem: five miles down the road from the house the car felt as if it suddenly trembled and downshifted without warning and a mile later the SERIVCE ENGINE SOON light first showed up (I believe he said it was some sort of "intake" or "air flow" problem code (?).

Two days ago (Friday, the day of the problem), I also got (but not showing today) a IDM B1004 HISTORY code (not today) but also got the following as CURRENT (but not today):

The GM mechanic stated he believed all components were "up" but that the problem was with the PCM (ID number 016) failing to communicate with the other components(hence the door locks spontaneously locking/unlocking and the gas gauge gone and traction, security lights on). He said it was a class 2 communications failure/problem). He found the connections to be fine (battery, alternator, fuses) and believed the problem was in a wire (he ruled out any evidence of an accident), and believed somewhere there was either a pinch or a ground causing the problem.

Punch Line: he said he would have to, inch by inch, inspect the wires to find the problem and that this tedious process could result in hours upon hours of labor charges to the extent the cost could exceed the value of the Cadillac! (I bought this 2000 Deville less than 30 days ago with 36K miles on it for $12,000).

Today (Sunday) the car now stalls relatively quickly in idle although I was able to drive it home (50 miles) on Friday from the GM dealership. Does any of this make sense (remember, I had the crank shaft sensors replace 2 weeks ago and 25 plus codes were showing up at that time!).

My questions are 1) what am I in for and 2) could this problem have existed when I drove off the lot 30 days ago (no warranty) while the Service Engine light had just been "reset". Although no warrany, our sales agreement was clear: he would "fix" the service engine light. The day I drove off, it was not on. Two days later it was.

Longwinded. My aplogies, but my family is devasted with this 12,000 lawn ornament! Thanks. Oh, what is your name?

Answer could this problem have existed when I drove off the lot 30 days ago (no warranty) while the Service Engine light had just been "reset".A condition of the sale that this light would be taken care of.

I STRONGLY suggest since this is going to be a very long tedious procedure and to give you areas as what to look for as being your problem that you e-mail a very good Cadillac expert who can provide you with pictures of which are not allowed on this website and can spend the time to help you with this problem to a resolution.
SPONSORED LINKS
Do you
have the same problem?
Yes
No

BUZZSAW
The only codes that will set off the ck engine lite are pcm codes, the u codes are communication codes, you will always have codes in there, the po442 are crank sensors codes I belive, I would put up a fight on this car and give it back something is vary wrong with this one!
SPONSORED LINKS
Was this
answer
helpful?
Yes
No

The Remotes Will Not Work The Computer Reads No Rfa Data. Is There Any Way For Me To Fix This Problem And/or Reprogram The System. Thx
Asked by Eddie4529 ·
1 ANSWER
1996
CADILLAC DEVILLE

I Ran The On-board Diagnostic And It Doesn't Recognize The Pcm. It Shows "pcm?". Took To A Shop Because It Failed An Aims Test And He Said...
Asked by jjohnston2 ·
1 ANSWER
1994
CADILLAC DEVILLE

How Do I Fix It, And Where Is The Pump.
Asked by arthurgordon428 ·
1 ANSWER
2000
CADILLAC DEVILLE 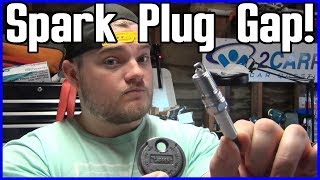 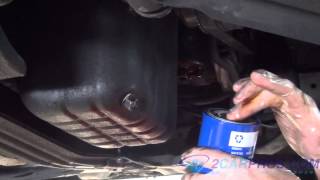 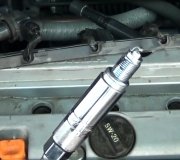