ANONYMOUS
I have a 2013 Azera bought new. Around 72 mph the passenger seat shakes. Have had it to dealer 3 times. First time tires still had 60psi told they were shipped that way to keep from flat spotting. Second trip 3 of 4 tires out of balance set wit road force balancing machine. Third trip tech said yes seat does shake at 72 and above. He pulled a new one off lot drove it and was the same. They now tell me just Characteristic of car. Really? I have had it 2 weeks less than 1000 miles. Very disappointed. There has to be a fix my wife loves this car. Please help!
SPONSORED LINKS

CARADIODOC
Really? It's normal to have a vibration? I bet Hyundai would like to hear that.

Cars are not shipped with over-inflated tires. If that was necessary to prevent flat spots, every car on the dealer's lot would have flat spots. It doesn't matter if they're sitting on asphalt or a ship. Every new car gets a "new car prep" paid for by the manufacturer when it is delivered. That includes double-checking that all wheel lug nuts are tight, brake lines and hoses are properly routed, steering and suspension parts are installed correctly, wheel covers are installed, radio antennas are installed, license plate brackets are bolted on, plastic is removed from the front seats, nothing is leaking, all lights and equipment are checked for proper operation, doors fit and close properly, all fluids are full, the washer fluid is filled, and there's no defects in the paint.

I did hundreds of these preps to fill in between other jobs for ten years at a very nice family-owned Chrysler dealership. I'm sure all other manufacturers have the same requirements. Even if a tire did have 60 pounds of pressure, that would have been caught and it had better have been adjusted. Imagine the liability if a tire had blown out and a lawyer or insurance investigator found the other tires over-inflated! Every new and trade-in car got a thorough test-drive, and according to my dealership owners, "if you didn't go at least ten miles, you didn't go on a test drive". Our standard route included some highway driving and we looked for vibrations, pulls, and wind leaks and noises. On average for new cars, all of that took about 1 1/4 hours. We were paid extra if something needed to be repaired or adjusted so there is no reason the problems you're having should have been overlooked or ignored.

One thing to look at is the ride height of the car. Specs and where to take the measurements will be in their service manuals. All alignment mechanics also have small books that list that for every car. If the cars were tied down too tightly during shipping the springs could be over-stressed and are not supporting the car at the right height. That can cause drive line vibrations from parts rotating through the wrong angles, and wheels will go through the wrong motions as they go up and down over bumps because the suspension geometry will be wrong. Ford had a big problem with that in the '80s with their "killer" cars, the Escort. Those had all kinds of horrendous design problems to start with and the collapsed rear coil springs made their problems even worse. They had serious, major tire wear problems designed in but it was vibrations that people noticed first.

The first thing to do is visit another dealership and explain the problem and what has been done so far. Keep in mind you only spoke with one or two people at your current dealership, and they may not represent the intelligence, experience, or concern for your satisfaction as the other employees. According to a high-level national trainer, Hyundai, Toyota, and Chrysler are the top three manufacturers when it comes to customer-friendly business practices and your satisfaction. Based on that my recommendation for Chryslers may hold true for you. If another dealer or another mechanic can't solve the problem after three attempts, ask politely to have a meeting set up with the district representative. Chrysler has a rep visit every dealership once a month to resolve problems the dealer is unable to. In most of those cases the dealer is simply bound by the warranty rules set by the manufacturer who is paying those bills. Their hands may be tied in some cases and all they need is the approval of that rep. They have the authority to approve warranty payments for things the dealer can not ask for.

I was also involved with two brake pull problems on Dodge trucks that no one else could fix. Both had over 80,000 miles and were long out-of-warranty, but the district representative still was willing to get involved. The fixes for both were real simple, but not to make myself look too much like a genius, all I did was follow a part of the service bulletin no one else had bothered to read at the other dealerships.

If there is a related service bulletin the rep will usually know about it. All manufacturers also have a technical assistance hot line only available to dealership employees. In some cases those people are just reading from a script and aren't too sharp, but I have dealt with a few who really dug into the problems and came up with effective answers. There are some things that you will have to consider normal but with the research and development that goes into designing all cars and trucks today, there is no reason to have a vibration that can't be solved. While it might be the "nature of the beast", like drive line vibrations on GM trucks in the '80s and '90s, if you test-drive another similar model and find the same problem, that means they have the same cause that hasn't been identified, not that the engineers would allow it to be sold with that problem.
SPONSORED LINKS
Was this
answer
helpful?
Yes
No 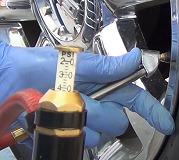